Public sector IT outsourcing labelled a success despite repeated failures 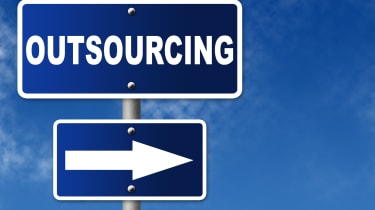 Outsourcing large-scale public sector IT projects has been a relative success, despite a lack of evidence to suggest significant savings as well as a string of disastrous outcomes recorded through the years.

That's according to the Independent Institute for Government think tank, which has found that back-office outsourcing, ranging from IT support to large-scale digital transformation, across the public sector has delivered some cost reductions.

The organisation assessed the outsourcing successes and failures in 11 areas of the public sector from prisons to adult social care, with HR and IT rated amber/green'. This declaration has come despite the "fairly limited" pool of evidence to suggest savings, and pockets of evidence to suggest cost increases to the taxpayer.

To illustrate this, there have also been a string of significant disasters in public sector IT outsourcing through the years, including the NHS' failed 11.4 billion National Programme for IT (NPfIT), which was completely abandoned in 2011.

"Several fail on multiple areas, such as probation, suggesting that the initial decision to outsource was wrong," the report said, discussing the reasons that outsourcing projects can often go wrong.

"Other examples show that government has outsourced services for the wrong reasons in pursuit of unrealistic savings and without a reasonable expectation that companies have the expertise, economies of scale or new technologies that would enable them to deliver efficiencies or quality improvements.

"While there has been an improvement in government's commercial skills, there remain problems in how contracts are procured, how they are written (especially how risk is allocated) and how they are managed. These are not new problems government has identified them in the past but struggled to tackle them."

When done well, IT outsourcing was able to deliver benefits in terms of cost savings, and improved functionality, according to the report. An example of success is the state-owned National Savings & Investment (NSI) organisation, which saved 176 million by outsourcing its IT, transactional and customer-facing functions to Siemens Business Services in 1999.

However, there is only anecdotal and tangential evidence to suggest outsourcing has generally led to cost-savings, including several industry-wide studies that aren't clear on from where savings in the public sector can be derived. One large-scale public-sector survey highlighted in the report, by contrast, suggested that IT outsourcing generally resulted in spending increases of 8.6%.

Further examples of significant outsourcing failures include the Ministry of Defence (MoD) using professional services Capita to implement an online recruitment tool as part of a 1.36 billion project lasting ten years. But several shortcomings, including delays to the tool and rising costs, led to the Army missing its recruitment targets.

"We're at a crossroads on outsourcing, as the Institute for Government says," Labour's shadow chancellor John McDonnell said. "And it's staggering to look back at the last 40 years of this failed experiment and see so little strong evidence that it works.

"The string of high-profile failures' discussed in this report are not just one-offs they reflect a broken model for delivering public services, which prioritises profit over people."

The Institute for Government claimed in the first line of its press release that "Labour's policy of bringing public services back into government hands by default would be a mistake", instead opting for a myriad of tweaks to the procurement and outsourcing process.

The government was also criticised by the report for outsourcing services that were integral to its own purpose without any oversight, such as the Department for Work and Pensions (DWP) outsourcing disability payments.