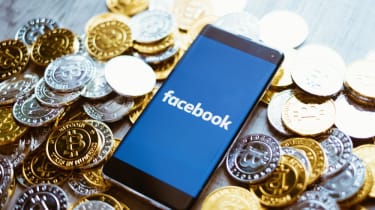 Although the firm's net 'recognised' revenues rose by 50% to 797 million during 2018, the costs incurred meant the social media giant was only liable to pay tax on 97 million of profit.

When factoring in the 34 million 'cost of sales' and 'administrative expenses' valued at 667 million, the overall taxation rate amounted to just under 30% of the company's declared profit. This, however, translated to just 1.7% of the company's overall revenues from 'advertisers and others'.

"The UK is now one of Facebook's most important hubs for global innovation," said Facebook's vice president for Northern Europe, Steve Hatch.

"We continue to grow and invest heavily in the UK and by the end of the year we'll employ 3,000 people here. These high-skilled jobs are not only working on products like WhatsApp and Workplace but also help develop technology to proactively detect and remove malicious content from our platforms.

"Businesses across the country use our platforms to grow and revenue from customers supported by our UK teams is now recorded here so that any taxable profit is subject to UK corporation tax."

Factors behind the vast expenses incurred during 2018 could be attributed to the company's recent hiring spree, coupled with a plan to expand its UK base with a new London office.

The firm unveiled plans to double its current floorspace by leasing 611,000sq/ft of workspace in King's Cross last July. This would involve hiring additional staff as part of the expansion, as well as recruiting more employees in its two other offices.

Despite paying so little to HMRC against the company's overall sales intake, this actually represents an increase on the 17 million the firm paid in corporation tax the previous year. In 2017, its operating profit was 62 million.

Over the years, tech companies like Facebook and Google have gained a reputation for deploying financial trickery to avoid paying corporation tax on the vast revenues generated.

Facebook, for instance, before 2017 funnelled its international advertising revenue from across the world into Ireland in order to pay a much more favourable tax rate. Only following a public backlash and European Union (EU) action did the company pledge to pay corporation tax in each individual nation in which it operates.

The UK government last year also announced plans to introduce a Digital Services Tax (DST) to combat the "unsustainable and unfair" tax practices of social media giants and search engines. Coming into effect from April 2020, this would be a 2% tax on revenue, not on profit, on firms generating more than 500 million per year.