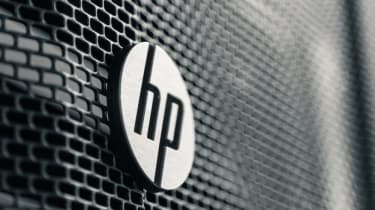 HP is considering an official takeover proposal from Xerox that could see the two former industry titans merge.

Despite being valued at almost three times the printer and device manufacturer, Xerox has issued a proposal for more than $30 billion, including debt, to acquire its rival.

The proposal includes finances from Citigroup, according to sources speaking with the FT, and represents a figure that's approximately 20% greater than HP's actual valuation.

The announcement comes in in spite of a restructure the company has just embarked on, which includes the prospect of up to 9,000 job losses.

The firm suggested that despite confidence in its own plans to restore its ailing fortunes, it has "a record of taking action if there is a better path forward".

"As reviewed at HP's most recent Securities Analyst Meeting, we have great confidence in our multi-year strategy and our ability to position the company for continued success in an evolving industry, particularly given the multiple levers available to drive value creation," the firm said in a statement.

"Against this backdrop, we have had conversations with Xerox Holdings Corporation from time to time about a potential business combination.

"We have considered, among other things, what would be required to merit a transaction. Most recently, we received a proposal transmitted yesterday."

HP said it would continue to act with deliberation, discipline and look out for what's in the best interests of its shareholders.

Copying firm Xerox is mulling a massive takeover bid for the device and printer manufacturer HP, which is valued at three times greater than itself.

The fortunes of these two technology giants have slipped in recent years as the business landscape has become increasingly digitised and paper-free. The possibility of a merger is being explored as a means to render the two companies more relevant, according to the Wall Street Journal (WSJ).

The copy giant's board discussed the possibility of an acquisition on Tuesday, according to sources who spoke with the newspaper, which would be made via a combination of cash and liquidated shares.

The nature of the touted acquisition is staggering considering Xerox is worth three times less than HP; the former valued at $8 billion (6.2 billion) versus the latter's $27 billion (20.1 billion) valuation.

But there are means Xerox has at hand that can pave the way for financing the deal. The firm, for instance, expects an influx of $2.3 billion (1.8 billion) from a deal to sell stakes in ventures with Fujifilm Holdings. Xerox has also received an informal funding commitment from a major bank, according to WSJ sources.

This does not guarantee a bid will be forthcoming, or that one made would even be successful, however. After all, HP's newly-appointed CEO Enrique Lores only recently took up his position, and the company has embarked on a massive plan to restructure its business on its own terms, which includes 9,000 job losses.

The company has been somewhat struggling since it split from HPE, the firm's former enterprise hardwaredivision, four years ago. Reasons cited as being behind the recent strategic shift include HP simplifying its operating model, becoming a more "digitally enabled company" and optimising cost structure.

Alongside thousands of job losses, through "employee exits" and voluntary early retirement, the plans would also involve restructuring to the tune of approximately $1 billion spread across the next three years.

Kicked into motion by HP's new CEO, the move points to an effort by the firm to combat the turbulence of the last few years. The company was arguably at its peak at the turn of the century but has endured difficulties since.

It's the same story for Xerox, whose business thrived in the late 90s and into the year 2000, but after which suffered a massive drop in valuation. Neither firm has particularly recovered from their falls.

Spokespeople from both HP and Xerox told IT Pro they don't comment on speculation or rumours.