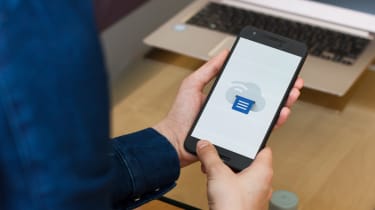 Google Cloud has revealed it will be terminating its Cloud Print service on the 1 January 2021, warning businesses they will need to find an alternative solution.

The move will affect all devices across all operating systems, according to a Google support note, prompting the need for businesses to "execute a migration strategy" over the next year.

The termination comes as the company shifts towards a native approach to its printing services. Chrome OS received CUPS printing in 2017, a native printing management service engrained in Google’s operating system and that will replace Cloud Print after the cut-off date. However, for Windows, Mac, Linux and any other users, alternative solutions will be needed.

The announcement is more likely to hurt small businesses that operate in a single-vendor IT environment. For example, if an SMB operated solely on Microsoft Azure and ran Windows machines only, then having that vendor take away its printing service means it would have to go out and pay for a new service.

This is especially relevant to businesses that equip their workforce with workstations of different operating systems of even operate a BYOD policy. In this scenario, a printing service that can manage all these different devices at once will be necessary and costly.

Larger businesses have time to adapt to the change and even work with other printing vendors to create a bespoke cloud-based printing product for that given business.

Reaction has been mixed among customers, with many taking to Twitter to voice their concerns.

One user said “Google should consider open sourcing the entire Cloud Print project," while others said the move was indicative of the modern office's move towards a paperless office.

Damn, always hoped it would get better but it still was super useful. Used it for everything I printed for a decade.

"It's the only way I've printed ever since it came out. Can print from Android, make it act as a default printer in windows. Used to be able to do the same on a Mac," said another user. "Could always just go to the website and print any document you could upload from anywhere."

Incidentally, IT Pro’s own office relies on Google Cloud Print.

“I think it might just be a case of adding the printer to our print server and working around a way to either send out a handout explaining to users on what to do to add the printer or setting times to physically add it,” our own IT department explained.

Cloud Print joins a growing list of axed Google products in 2019. Dedicated email app Inbox was terminated in June, Hire was ended in August and most notably Google+ was shuttered finally in April 2019 following a series of security errors impacting millions of its users.