Microsoft is shutting down Wunderlist, but its original creator has a replacement 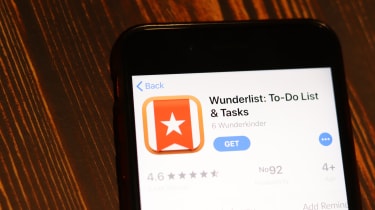 All good things must come to an end, or so we thought. While the popular productivity app Wunderlist will officially stop syncing today, its fans may find some consolation in Wunderlist founder’s Christian Reber’s latest announcement. Reber took to Twitter earlier this week to announce the launch of Superlist, a new app focused on supercharging “productivity for teams of the future.”

Reber has yet to unveil exactly what Superlist will do or how it’ll work, so those interested in the app will have to hold tight a bit longer. Fortunately, today’s Protocol newsletter added a bit more detail to Reber’s new endeavor. It appears part of the team creating Superlist will come from Microsoft, the very company that acquired Wunderlist in 2015 and later chose to shut it down.

When Microsoft acquired Wunderlist, Reber rejoiced. He shared just how proud of his team he was and how thankful he was for the app’s users, supporters and investors. That excitement was later dampened when Microsoft announced it would shutter the app in favor of its own productivity app, To-Do.

In September 2019, when it became clear the end was near for Wunderlist, Reber insisted upon buying back the app he created. In a tweet, Reber shared, “Still sad @Microsoft wants to shut down @Wunderlist, even though people still love and use it. I’m serious @satyanadella @marcusash, please let me buy it back. Keep the team and focus on @MicrosoftToDo, and no one will be angry for not shutting down @Wunderlist.”

Ultimately, Reber was unable to buy Wunderlist back from Microsoft.

In announcing the launch of Superlist, Reber did so in a decidedly optimistic tone, sharing, “Today is a good day for reflection. With @Wunderlist closing down and @Pitch ramping up toward launch, I’m excited to announce a new company: @SuperlistHQ — a fresh new take on supercharged team productivity.”

With a number of productivity apps already dominating the segment, it will be interesting to see what Superlist offers that others don’t. We’ll bring you more news on the Superlist app as it becomes available.