Demand for laptops and components soar amid mass remote working 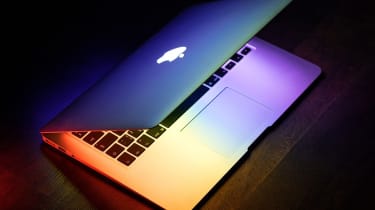 Demand is surging for virtual office components such as laptops, network peripherals, and hardware components, as companies scramble to accommodate their employees working from home due to the coronavirus outbreak.

Although 2020 started out rough for many tech manufacturing companies, due to factory and store closures, it looks like many might be able to just bounce back from their poor first-quarter sales.

Samsung Electronics semiconductor exports increased 20% in the past month, while Dynabook has reported "brisk demand", most probably due to companies encouraging remote working, according to Reuters.

DRAM modules are now expected to be modestly under-supplied until the third quarter of 2021, according to UBS. The increased demand for DRAM has caused a 6% price increase since 20 February, according to price tracker DRAMeXchange, while UBS also estimated average contract prices of DRAM to increase up to 10% in the second quarter.

In the UK, the number of IT monitors bought during the week ending 14th March almost doubled compared to the week before, according to GfK. Purchases of keyboards also shot up during that same week, giving a year-on-year growth of 68.8% in value, while an increase in sales of pointing devices, such as mouses and stylus pens, resulted in growth of 29.7% compared to this time last year.

Not far behind was the surge in demand for communication devices, with routers and docking stations - their value growth was 29.4%.

Australian electronics retailer JB Hi-Fi said that its total sales growth for 1 January through to the 22 March amounted to 9.1%, up 8.8%, while demand for “essential products they [customers] need to respond to and prepare” for the coronavirus outbreak were also up, from remote working accessories to home appliances.

Although around 69% of electronics manufacturers have flagged possible supplier delays averaging three weeks, according to a poll by IPC International, companies are ready to face the demand head-on.

“Nobody is shutting down their factories - it is still production as normal - but people worry about memory supply in particular, so they want to get out ahead of production,” ITRenew's chief strategy officer, Andrew Perlmutter, told Reuters.

Laptop demand has also risen sharply over the past month, both in response to a greater demand for remote working, but also as companies stockpile in anticipation of a shortage. One Italian supplier said its sales were 20 times higher than normal, according to the Financial Times.

This comes just weeks after a report found that actual shipments of laptops, largely from China, had fallen 40% due to pressures to shut down factories and distribution centres in areas worst affected by the virus.