The rollout will start with subtle design and colour tweaks 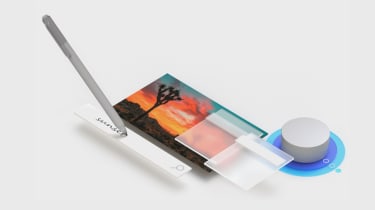 Microsoft is bringing its Fluent Design language over from Windows 10 and adding it into Office, with the goal of simplifying the user interface of the suite's productivity apps.

The likes of Word, PowerPoint, Excel and Outlook are all set to receive a simplified ribbon that is smaller and contains icons that Microsoft says will be easier to use.

New animations, icons and subtle colour changes have been added as part of the shift to Fluent Design, thereby giving Office a lick of digital paint to de-clutter and modernise its user interface.

The web version of Office is also being built on a new platform, which Microsoft noted will enable it to run faster than before.

The idea behind these three areas was to research and analyse how Redmond's customers use the Office suite and drive changes focused around them, with designs that understand the context of what users want to do and are working on in Office apps, as well as giving them control over how they want to interact with the apps.

"These updates are exclusive to Office.com and Office 365 - the always up-to-date versions of our apps and services. But they won't happen all at once. Instead, over the next several months we will deploy new designs to select customers in stages and carefully test and learn. We'll move them into production only after they've made it through rigorous rounds of validation and refinement," noted Spataro.

The changes will be rather subtle at the start; alongside the new ribbon in the apps and icon and colour changes, Microsoft will boost the search function in Office, introducing "zero query search" which will serve up smart search recommendations based on the user's interactions with the Office apps, thanks to the use of Microsoft Graph and the company's machine learning technology.

Over the coming months, Fluent Design will get pushed into the Office suite for both desktop and web use, starting with Office.com then coming to Outlook for Windows in July and Outlook for Mac in August.