Should I roll out Chrome OS across my business?

Google’s lightweight operating system, and the devices that run it, could make serious savings for organisations of all sizes 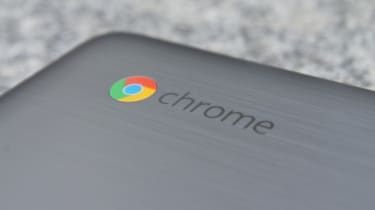 Google's Michael Wyatt picks up on research from PC Management, which found that 70% of US companies were looking to integrate some form of PC management going forward. "That inspired us to do our first public deal with VMware last month," he said. "As a result of that, you'll be able to manage all of your Chrome devices using VMware Workspace One, alongside [the existing] Chrome Management Console.

The web-based Management Console lets admins track Chrome assets, block-install apps, manage users and groups, and control user access. It has more than 200 features and policies, many of which give you one-click control over your users' machines. With the platform diversifying, that's a boon. Alongside Chromebooks, Chromebox and Chromebit, there are dedicated platforms for meeting rooms and classrooms: the recently announced Jamboard in the latter case. This could encourage corporates to quickly increase any initial investment.

Wyatt cites Toyota, which was "trying to put content onto screens in its showrooms to help sell cars. It wanted to push them out quickly, in a cost-effective way, so it used Asus Chromeboxes on TVs, and has so far deployed about 6,000 units in less than six months across Europe."

Even the Cabinet Office is getting onboard, using Chromebits to provide digital signage.

The savings that can be made by switching to thin clients can be substantial. "The cost of deployment itself, enrolling the device and distributing it to users," are benefits that Winter highlights, as well as "time to deployment, the amount of time you need to manage them and their security... for county councils, all of that resonates brilliantly with their reduced budgets."

The London Borough of Barking and Dagenham saved 200,000 on hardware when it moved away from Windows, and a further 200,000 on electricity costs thanks to the lower power consumption of the Chrome OS devices. It expected to make further savings on premises by taking advantage of the opportunity for staff to work anywhere with their new devices.

However, Winter warns against only considering Chromebooks at the lower-end of the range, even if they'll only be running online apps.

"I get new customers coming to us who have had Chromebooks that they've not been happy with," he explained. "They've been buying under-specced devices and expecting them to last three or four years: Chromebooks with 2GB of RAM that, after a lot of updates, are starting to struggle. You won't find anything like that in the market now, so when I send them a new one to try, they fall back in love with them."

His advice? "Steer clear of a 2GB RAM device and you'll be fine."

Other benefits are less obvious. For one thing, the very nature of thin clients makes them more secure. "They have verified boot, the operating system is always the right version, the code is unique... every internal security test we've done has come out positive," said Google's Wyatt, who believes that Chrome is the most secure operating system currently available. "In fact, we offer monetary rewards to any users who find an exploit because we stand by our security 100%. If we're taking Chromebooks into education and enterprise, it's something we're taking very seriously and we've done a lot of work on it."

As well as reducing the risk of data loss, thin clients are easier to share. Shift workers coming to the end of their stint can log out, safe in the knowledge that none of their data will be left onboard, and hand the device to whoever is taking over, therefore reducing the number of Chromebooks a business needs to buy for any given workforce. And, for those with a high staff turnover, there's the added peace of mind of knowing that any hardware that "walks" when a member of staff leaves won't be carrying sensitive data out with it.

You might not be ready to deploy Chrome OS in the same volume as a council or school, but the low cost of entry, and the ease with which they can be deployed, makes Chrome devices both easy and affordable to trial on a limited basis. They're one of the few platforms that even small businesses can realistically test themselves, and buy on the basis of experience, rather than purely rely on advice they read in a magazine however good that magazine happens to be!