Chipmaker to nominate 11 people to Qualcomm's board 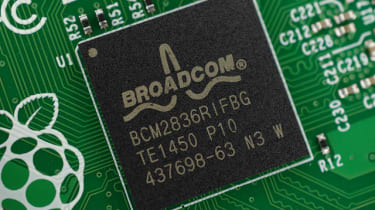 Broadcom has piled pressure on Qualcomm to accept its takeover bid by planning to nominate 11 directors for election to Qualcomm's board and put forward "certain other matters for the consideration of Qualcomm stockholders" at the company's 2018 annual stockholder meeting.

"We have heard from many Qualcomm stockholders who have expressed their desire for Qualcomm to engage with us," Hock Tan, president and CEO of Broadcom, said. "We also continue to receive positive feedback from customers and, having had initial meetings with certain relevant antitrust authorities, remain confident that any regulatory requirements necessary to complete a combination will be met in a timely manner."

However, he added that Qualcomm is refusing to talk with the firm, despite stockholders calling for it to do so, after Qualcomm rejected Broadcom's initial $105 billion takeover bid last month, saying it undervalues the firm.

Qualcomm acknowledged receipt of the offer, but said it thinks the existing board of directors can continue to operate with the company's best interests at heart and that it doesn't need any more. It added that Broadcom and Silver Lake, the private equity fund backing it, are demanding the company decides now who should join its board of directors, despite the fact that if any deal were to happen, the changes wouldn't happen for at least 12 months while any takeover bid closes.

It said that it feels Broadcom's nominations are a "blatant attempt to seize control of the Qualcomm board in order to advance Broadcom's acquisition agenda".

"No company in the industry is better positioned than Qualcomm in mobile, IoT, automotive, edge computing and networking and to lead the transition to 5G," said Tom Horton, Qualcomm's presiding director said in response to Broadcom's announcement.