Should companies use virtual reality to cut costs or boost sales?

If you’ve written off VR as hype, then it may be time for a reality check 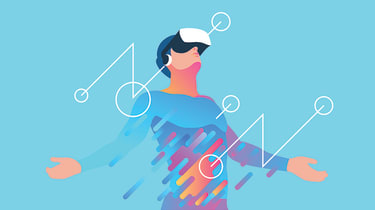 Eyebrows were rightly raised when Facebook spent $2 billion on Oculus VR. Now, though, it seems the world is starting to understand Zuckerberg's insight.

Back then in 2014 virtual reality seemed to be limited to games. Three years later and we're already seeing global rollouts of commercial VR products, such as Audi's Configurator: this not only switches colours but lets customers configure add-ons such as alloy wheels and see the effect in virtual reality. And it's not just cars. Everything from films and games to immersive advertising is making its way to the platform: it's time to ask not if you should join them, but how?

Ikea has never been slow to innovate, and saw the potential of VR early on. Its showrooms have a magnetic pull on price-sensitive, fashion-conscious home owners, but not everyone lives within striking distance of one of its warehouses. So, in 2016 it saved them the journey by rolling out a "virtual" kitchen through Steam. Built using Ikea cupboards, filled with Ikea accessories, it was a fully interactive, immersive environment, with sliding drawers, chopped food and pans that you could virtually "cook" with.

"We see that virtual reality will play a major role in the future of our customers," said Ikea's new chief executive, Jesper Brodin, when the product launched. He believes that VR will soon be an integrated part of people's lives. "Someday, it could be used to enable customers to try out a variety of home furnishing solutions before buying them."

The kitchen experience (watch a demonstration here) isn't Ikea's only venture into virtual worlds. It commissioned Hamburg digital agency Demodern to build an immersive interactive showroom delivered using VR headsets, which allowed shoppers to both view the contents of a flat, and change its fabrics, wall colours, and even lighting. They were effectively trialling the environment before slipping off the headset and taking home the parts they liked from the store's real-world shelves.

In each environment, the customer sat at the centre of a 360-degree world, which for many creatives accustomed to video and web is an unfamiliar environment in which to start work.

Matt Beverage is co-founder and creative director of London-based Pebble Studios, a specialist in VR and immersive content. He sees the need to think about what's behind you while moving away from traditional cuts between scenes as one of the most important considerations for anyone who wants to produce VR content. In many ways, he believes, developers need to adopt a gaming mindset."Games have always concerned themselves with taking the viewer through a narrative, and VR is closer to that than it is to traditional TV and video content. With film, you can cut between shots and environments but if you do that in VR you lose people because they suddenly realise that they've got a headset on, rather than buying into that world."

VR won't suit every environment, or use case, so it's important to think about what and how you're selling, and whether VR is the right medium. Often, said Beveridge, it isn't.

"Narrative" comes first, he said, and relying on the technology to generate interest probably isn't enough. "GoPro cameras are a great analogy. The GoPro website is full of great footage, but in reality, 99% of them are used by idiots like me and their mates on their snowboarding holiday, to shoot terrible videos that they bore all their friends to death with."

VR is at the same stage, he argued, and brands can't put out sub-standard footage and hope to find an audience. Even companies that spend time and money on their offering should be conservative when estimating who might see the result.

There are fewer than a million VR headsets in Britain, and with Facebook cutting the price of the Oculus Rift twice since the start of the year, some may assume that demand isn't currently outstripping supply. Yet, as prices fall ,the barriers to entry will also come down. It's already possible to buy sub-200 360-degree cameras on the high street, but placing these in a room and stitching together the poorly thought-out result is likely to turn people off the idea of VR as a promotional medium.

"VR is changing so quickly that narrative will likely outlast the technology itself," Beveridge warned. "You can watch great movies from the 1940s now, and they'll have stood the test of time if the narrative was good, but if you watch a ten-year-old movie that was built around effects, it's already going to look terrible."

This applies directly to VR. It still has a novelty factor but, in a world where content hangs around longer than we might like on the web, it pays to think carefully about how you want to present your products or service.