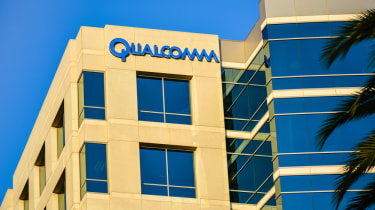 Qualcomm has been fined $1.2 billion by the European Union for abusing its dominant position by paying Apple to use its chips exclusively in its tablets and smartphones.

The world's largest manufacturer of semiconductor chips is said to have hurt market competition by blocking rivals from securing contracts for any Apple devices between 2011 and 2016.

"Qualcomm paid billions of US Dollars to a key customer, Apple, so that it would not buy from rivals. These payments were not just reductions in price - they were made on the condition that Apple would exclusively use Qualcomm's baseband chipsets in all its iPhones and iPads."

She added that this meant many rivals, most notably Intel, were unable to challenge Qualcomm's position regardless of the quality of their product and that the chipmaker's behaviour "denied consumers and other companies more choice and innovation".

Qualcomm signed an agreement with Apple in 2011 to provide LTE baseband chips for use in iPhones and iPads, as well as a commitment to make "significant payments" to Apple for exclusivity.

The terms of this agreement were extended in 2013 to 2016, with a clause that said payments would cease if Apple released a product using a chip belonging to a rival. An additional clause also made it clear that Apple would have to return a large portion of those historic payments if such a device was released.

Internal documents unearthed by the EU investigation found that Apple gave serious consideration to the idea of granting a contract to Intel to provide chips instead, but that the exclusivity payments and their return clause played a "material factor" in its decision to maintain the agreement.

Qualcomm's practices are thought to have helped contribute to a 90% market share of the chip market, according to the report, an industry that typically has high barriers to entry due to R&D costs.

The two companies have been engaged in a legal back and forth since the agreement came to an end in late 2016, and today's decision is likely to add further weight to Apple's accusations of abusive contract terms and patent infringement.

Qualcomm previously accused Apple of infringing technology patents related to improving the battery life of smartphones, only for Apple to countersue with allegations that the chipmaker infringed on at least eight of its battery patents. has contacted Qualcomm for comment on today's decision.

The substantial $1.2 billion (997 million), or 4.9% of the company's turnover, was, in fact, lower than some had predicted, as EU fines are capped at 10% of annual turnover, meaning a possible fine of up to $2 billion in Qualcomm's case.

However, Qualcomm is still reeling from a $774 million fine from Taiwan's Fair Trade Commission levied against the company in October. That investigation found the company had abused its dominant position to unfairly bump up its licensing fees, something that Apple also alleged in one of its many lawsuits.

Qualcomm has said that it "strongly disagrees with the decision" and will seek to immediately appeal to the General Court of the European Union. If so, today's ruling is unlikely to be the end of it, particularly as Intel recently won the right for its own $1.3 billion anti-trust case to be re-examined by the EU.