eBay dumps PayPal after 15 years together 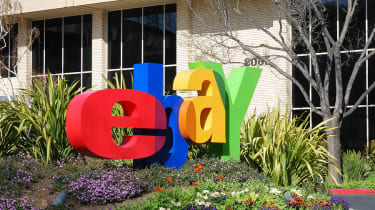 The fifteenth year of marriage is just when the gifts start getting good. But just as PayPal and eBay should be showering each other with brand-new-in-box crystals, the auction site has decided it's time to move on.

Yesterday, eBay announced that it would not be renewing PayPal's contract to be the back-end services provider, shacking up with a younger model: Adyen. It won't be familiar to most, but the Dutch company is heading for an IPO this year after turning a profit of $178 million in 2016. That sounds promising, but it's worth remembering that PayPal made $11 billion in the same period.

"We believe that we can offer a more seamless experience while giving buyers and sellers more choice for payment and payout options," eBay CEO Devin Wenig told analysts.

Given how smooth the experience with PayPal already was, that's unlikely to tell the whole story. Perhaps aware that eBay's power users are perfectly happy with things as they stand, PayPal will remain a payment option -- it will just be hidden out of the way:

"After the existing eBay-PayPal agreement ends in 2020, PayPal will remain a payment option for shoppers on eBay, but it won't be prominently featured ahead of debit and credit card options as it is today," the company explained, adding that "PayPal will cease to process card payments for eBay at that time."

Those options will be provided by Adyen, instead. You won't see any Adyen logos, but they'll be working behind the scenes, handling the payments. Recode speculates that eBay may have agreed some kind of equity stake as part of the deal, but the company hasn't said anything publicly about the specifics: just that PayPal is out, and Adyen is in.

While PayPal's stock dropped 10% at the news that eBay was going its own way, it's still doing pretty handsomely. And as PayPal executives told The Wall Street Journal, the company doesn't really need the auction site much anymore. "Executives added that PayPal's eBay volume was growing slower than its non-eBay volume," the Journal notes, adding that they cited recent deals with Disney, Dillard's and QVC as softening the blow considerably. A profit growth of 59% in the last quarter of 2017 would suggest they're right on that point even if eBay's rejection is a bitter pill to swallow.