How to keep that startup culture as you grow

How can you ensure that your values scale along with your company? 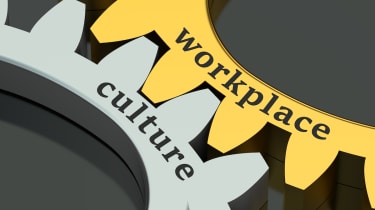 There's one problem that virtually every company is guaranteed to run into over the course of its lifetime, and it's one that can have serious knock-on implications for a business' future if not addressed early on. The problem is, how do you maintain your company's culture and values as you transition from a startup to a scale-up and beyond?

The importance of maintaining a good corporate culture can't be overstated; it's one of the main ways you can attract and retain talent, and neglecting it can result in reputational damage. In 2017, the tech industry was faced with a cautionary tale in the form of Uber. Of all the numerous scandals, gaffes and mishaps that befell the company over the course of the year, the vast majority could be traced back to issues with its culture and values.

If you want to avoid following the same path, it's essential to ensure that your guiding principles don't fall by the wayside when the money starts rolling in. One of the best ways to do that is by firmly establishing a mission statement and a code of conduct early on in your company's life.

A mission statement is essential for any business, but don't fill it with nebulous, vaguely-worded pledges - get specific. Setting out detailed and focused guidelines provides a touchstone that you can continually refer back to to ensure you haven't lost your way.

Maintaining a strong culture relies on collaboration and co-operation with everyone in the business playing their role, according to LinkedIn co-founder Reid Hoffman. "If your only culture is top-down hierarchy and messaging and communications that comes from the top, that culture won't survive as you really balloon the organisation," he said. "Instead, you want a horizontal accountability. You want it so that everybody is keeping everyone else accountable to the culture that we're in." (Source)

He points to Netflix boss Reed Hastings' culture deck', a series of slides that detail exactly what Netflix's culture and values are.

Another crucial point to make regarding the transition from startup to scale-up is that you shouldn't mistake aesthetic for culture. If your only commitment to maintaining your startup values is a couple of ping-pong tables and some bean bags, it's going to be painfully obvious.

In fact, your working space should be the least important thing about your corporate culture. Instead, the foundation of your organisation should be the people within it. Staffing and recruitment are, naturally, very important when scaling a company, and you should welcome the ideas and fresh perspectives your new blood brings in - these keep a company agile and innovative.

"The most important thing isn't how shiny and full their CV is," Carl Reader, author of The Start Up Coach, says, "it's in whether their attitude is going to fit in with - and hopefully enhance - your company culture.

"Without a team that's on the same page as you, the coherent, growth-minded culture you have so carefully developed as a startup will simply dissolve."

As Hoffman points out, however, your hiring will need to change as your company scales, and you'll have to step back and trust your colleagues to hire well, something that will require you to systematise.

Cain Ullah, CEO of digital consultancy Red Badger, shares these views, saying: "As you scale you need to work out how to scale excellence throughout your company from culture to skills.

"It starts with alignment. To scale you need to be able to let go, empower others and give them autonomy to excel at what they do best."

But Hoffman advises that keeping a small role in it can be an excellent way to maintain control over the culture, ensuring that potential new hires are a good fit.

Unfortunately, expansion can also cause senior leadership to lose touch with the staff at the coalface. As the number of employees increases, the amount of time you can spend getting to know individual teams and staff members decreases, but you should make an effort not to lose touch with the trenches. Town halls and all-hands meetings are great, but as a company scales, it becomes harder and harder to get a true sense of your staff's opinions and values.

Take time to meet with staff in smaller settings, and instruct all levels of leadership to do the same. Not only will this make employees feel like valued members of the team who can make positive contributions, but management can also keep its finger on the pulse of employee sentiment even as headcounts balloon.

David Levine, CEO of home interiors startup DigitalBridge, found success with a similar tactic. "To ensure that everyone continues to have a voice as we grow, we implemented regular company-wide vision and feedback sessions," he says.

"These meetings are driven by an ethos of creative friction', in which everybody is actively encouraged to put forward their own ways of working, perspectives and experiences. We can all offer something different, and the key to collaborative growth lies in embracing everybody's unique perspectives."

Y Combinator founder Sam Altman points out that it's worth taking the time to consider the place of early employees within a rapidly-growing company, to stop them leaving as their roles see them work less closely with the top brass.

"It's people that have gone from being absolutely on the inside to not, that leads to a huge amount of turnover," he says, "and I think it's worth thinking proactively if someone is special enough that I'm going to somehow include them in the executive team."

One tactic highlighted by Altman is that of Airbnb founder Brian Chesky, who spends around two-thirds of his nights taking early Airbnb staffers to dinner, talking about the state of the company, what issues they're facing and other subjects, which can help them still feel connected, even if they're not at the upper executive level.

The role of the cloud

Technology can also be an excellent way to stay connected. Cloud collaboration tools have obvious advantages in terms of connecting individuals and teams who are separated by distance, but they can also help foster a positive culture within your organisation. Using collaboration tools for discussing non-work topics can create a sense of community between employees outside of work, and ensuring that executives are both active and approachable on these platforms stops barriers forming between staff and management.

Adopting new ways of working, and tech that supports it, can mitigate some of the speed and responsiveness a larger company inevitably loses, too. Working agile in other ways, such as by using DevOps methodologies, as well as adopting cloud-based infrastructure and SaaS applications that unite and provide greater transparency across key functions such as finance, HR and marketing, helps.

Some chaos - both internal and external -  is an unavoidable side-effect of rapid scaling though, Altman notes, and it's important that your business is flexible enough to cope with it. " You know, people that run these perfectly non-chaotic organisations somehow never build great companies," he says. "The trade-off is we're going to accept a little bit of chaos in exchange for a shot at one of these massive, great companies, and founders just have to sell that to their teams. It's hard."

However, while all this rapid change is going on, companies need to make sure that they're being careful with their money. Change can be good, but change for its own sake - particularly when accompanied by financial investment - can lead to companies burning through their cash reserves too quickly. Look at your existing resources and work out where you actually need to make investments, and where your existing operations will suffice.

Ultimately, culture is one of the trickiest things for any business to get right, but it's also one of the most vital. A strong culture can carry a company through countless rough patches, but a weak culture can undermine a seemingly-successful business from within. The key is to establish a good culture early on in your company's life, and to keep it front-of-mind as you grow.