Is it really possible to have the best of both worlds when it comes to scaling and flexing as a business? 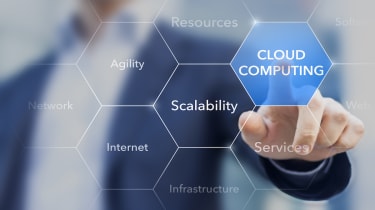 Scaling your business can be a tricky proposition for any startup. But once you reach a certain size, it can be easy to lose sight of your roots and forget the elements that made your company so dynamic when it was small.

There are many lessons that large enterprises can take from startups, which you can use to ensure your company is still agile and innovative even when it's home to hundreds or even thousands of employees.

One of the most common shared attributes of successful tech firms that have gone from being small startups to major industry players is that they're almost always helmed by a strong leadership team. Box, for example, is still headed up by its four co-founders, Aaron Levie, Sam Ghods, Dylan Smith and Jeff Queisser. Ghods and Queisser are focused more on the site's architecture and technical development, as opposed to Levie and Smith's C-level roles, but all four still have an active an integral role in the company.

Similarly, Dell Technologies is still led by original founder and namesake Michael Dell. Aside from a brief three-year period between 2004 and 2007, Dell has led the company for its entire lifetime. In both cases, the companies have benefited from the founders' clear vision and deep commitment to the long-term well-being of the business.

It's not just the person at the top, though; successful startups also benefit from an executive team with a wide variety of backgrounds, skills and specialisations. This is easy when you're a startup - the nature of startups is that they're generally fairly diverse. When your company starts making money, however, you may find your board comprised of an increasing number of carbon copy individuals.

Aside from being undesirable from an equality standpoint, this replication also means that your board won't bring the maximum potential experience to bear on problems. If you look at the companies who have successfully transitioned from startup to global powerhouse, they almost universally have board members with backgrounds in engineering, finance, planning, operations and more.

A strong leadership team also lessens the risk that the company will be subject to the whims of investors and other market forces, influences which can drive a company's strategy away from long-term growth in favour of short-term profits and stability. One of the hallmarks of a startup is its willingness to take risks and explore untested waters, but when a company matures, this adventurous spirit is often abandoned as businesses prioritise safer tactics.

It's important to remember, however, that increased risks can lead to vastly increased rewards. Google is an excellent example in this regard; the company has continually proven its commitment to invest in innovation, and fund the development not only of risky plays in its own market, but also wild moonshots into totally untested markets like self-driving vehicles.

Innovation can be risky, certainly - but Google provides an excellent blueprint for how to leverage the resources, talent and capital of a large enterprise to maintain the cutting-edge mindset that it had when it was still a startup. According to Dan White, CEO of insurance-focused digital transformation consultancy Ninety, adopting the concept of innovation labs' can help big companies recapture some of that startup magic.

"Some of these are failing, but those that are helping the whole employee base learn to innovate, and giving them a platform on which to do so, are succeeding in embedding startup practices and values in their day-to-day operations," White says.

The same sentiment is echoed by Tim Stone, the COO of European IoT investor Breed Reply. "As well as the founder, successful businesses have many internal entrepreneurs," he says. "Evangelists for new ideas that need to be empowered and not stifled by process. For bigger firms, allowing innovation and ownership of ideas outside their responsibilities, which startups do more naturally, is vital."

Failure can be a good thing

One of the inevitable consequences of innovation is failure. No company will have a 100 percent success rate when it comes to new projects and ideas, and some of the products and initiatives you attempt will be disasters. The important thing is not to be put off by those failures. Apple is the best proof of this; despite being one of the biggest tech companies on the face of the planet and arguably the gold standard in hardware design, the history of Steve Jobs' company is littered with bloopers.

Take the Apple III, for instance - a famously poorly-designed product which overheated so badly that chips would actually melt out of their sockets. Then there was Apple's ill-fated games console, the Pippin, which had a $559 price tag and sold a measly 40,000 units. Neither of these failures (or the many, many others) succeeded in denting Apple's passion for innovation, and Jobs' dedication paid off when the iMac, iPhone, iPod and iPad all became the pinnacles of their fields. Incidentally, it's worth noting that Apple is another company whose success is thanks in no small part to the work of a talented and visionary leader.

Carl Reader, author of The Start Up Coach, is a big proponent for allowing businesses to make mistakes. "As with any corporate culture, embracing failure positively has to come from the top and become part of the fabric of the organisation," he says.

"The leader has to not only give permission for their teams to fail, but also admit failures of their own, and demonstrate how the learnings from any failure have been used."

It's no big surprise that tech companies aren't shy about making use of the latest and greatest software tools in order to maximise their efficiency and productivity, but it's nevertheless an example that all large enterprises can learn from. Startups are great at jumping on new, innovative tools and processes as soon as they're available, which can pay dividends in terms of output.

Remember to think small as well as big

Larger businesses, on the other hand, can often fall foul of the sunk cost fallacy'. This particular logical error means that the more you've invested in a particular thing - in terms of either time or money - the more unwilling you are to abandon it and move on. It's the thing that convinces your brain that because you've put so much into it, leaving it behind would be a waste.

This fallacy frequently leads large businesses to stick with complex, unwieldy legacy IT tools, simply because they've spent so much money on them. In actual fact, however, moving to newer cloud-based SaaS tools can actually end up saving your business money. Not only are they often cheaper in the long run than the cost of maintaining legacy systems, the man-hours that can be saved with more intuitive and fully-featured tools add up quickly. According to a 2017 Forrester Research survey, cost reduction was a top factor for over half of organisations that are currently in the process of migrating to the cloud.

"Of course, stay true to your business and your clients," advises Reader. "But don't get stuck in the this is how we do it' mindset. A common word in the startup lexicon is pivot' in other words, look at what isn't working or isn't serving your business best, and adjust accordingly. Listen to what your staff and clients are telling you. Inaccuracies and inefficiencies all impact the customer experience negatively, so take advantage of feedback, new ideas and advancing technology to improve your service and systems."

Thinking like a startup also necessitates a change in which metrics you use to judge success, White says. "One way of driving startup behaviour within large corporates is to emulate some of the things that startups measure. For instance, a real focus on what are called traction metrics'. These are a form of leading indicator', i.e. a metric that tells you what the future might contain, rather than what the past achieved. Examples of these are user sign-up rates, engagement time, attrition rates, et cetera."

By taking these elements into consideration and tactically borrowing from the startup playbook, larger companies can re-integrate the energy and passion of a startup back into their business, which can fuel future growth and innovation. Becoming a large enterprise doesn't mean that you need to become boring, predictable and risk-averse. Remember, when it comes to your company, it's not the size the counts; it's how you use it.