10 things businesses can learn from the next startup success

Startups are constantly innovating, but what makes a ‘one to watch’ so watchable? 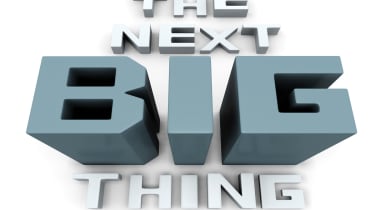 The startup scene has become one of today's most exciting and fluid industries to be a part of. The constant stream of innovative and disruptive ideas coming from east London, Manchester and Bristol - to name a just a few cities full of entrepreneurs - has transformed the way modern business is conducted, and there is scarcely an industry that hasn't been revolutionised in some way by an upstart with a small team and a big idea.

A unique idea is an easy sell

Despite Uber's chequered history, its success proves that a unique idea sells. Many startups today are almost guaranteed to succeed - at least initially - purely because the idea they have is so strong. While the concept of ride-hailing existed previously, Uber married it with an easy-to-use smartphone app, producing a multi-billion dollar product.

Make it cheaper and simpler

Some startups aren't able to rely on a unique idea - instead they focus on creating something that's more marketable. The virtual and augmented reality industries were near non-existent a few years ago, yet today the likes of Microsoft, HTC, Sony and Samsung are all competing for control of a highly lucrative market. Instead of joining that fight, startup firm Mira has created an AR kit that's cheap enough for the mass market, and simple enough to use with your smartphone, earning itself a place on many lists as a firm to watch.

A sure way to generate interest in a new idea is to showcase the talent that's behind it. Startups such as self-driving car company Aurora, or analyst firm Periscope Data, may be categorised as new companies', but in reality their teams are a collection of former talent from some of the world's largest companies, including Google, Box, Microsoft, Tesla and Uber.

It's this careful selection of minds, brought together to achieve something brand new and innovative, that excites investors - and it forms a significant part of their sales pitch.

Be savvy about social media

Attracting investors to an idea is one thing, but building a loyal customer base is something else entirely. A great deal of startups to watch in 2018 aren't necessarily doing anything particularly disruptive, nor do they have entirely unique ideas. What makes them stand out is their superb ability to speak the language of their audience.

The most backed project ever on Kickstarter remains a fairly simple card game known as Exploding Kittens' that managed to raise nearly $9 million across more than 200,000 backers. Aside from a sensational name, the game's creators, which include former Xbox chief design officer Elan Lee, produced a superb marketing campaign, creating animations and videos that could be easily shared on social media, targeted at those who wanted something that was easy to play, but risque enough to be hit among groups of friends.

It also appeared around the same time as the similarly successful Cards Against Humanity series, and was able to capitalise on customer appetite for the genre.

Refine your idea for the target audience

You don't need to have a mass audience to be a disruptive force in the startup industry.

In fact, some of the most exciting projects in 2018 are those that are highly specialised. One to watch this year is Shippo, a startup that aims to provide small to medium-sized businesses with Amazon-like shipping capabilities. It's a partnership borne out of necessity, as many businesses have suffered as a result of Amazon's Prime next day delivery service, which offers unrivalled convenience to customers.

Shippo's platform allows customers to compare routes, times, and prices from private delivery companies, such as FedEx and UPS, and has even developed an API that can be integrated into a business's network. It's an example of a startup accurately identifying a precise problem, and working with the rest of the industry for the benefit of its customers.

Be imaginative with funding

No matter the company, and regardless of how great an idea is, every startup needs two things: funding and a guiding hand. One of the reasons why innovative British banking startup Revolut made many lists of companies to look out for was not only down to its superb product, but because of its diverse funding portfolio.

Revolut's launch was bolstered by an initial $10 million investment as part of its association with European investment firm Seedcamp, later achieving a further $66 million in series B funding. Yet it also allowed customers to participate in its series A funding round, putting 1 million in equity up for grabs. Perhaps even more important than the money it generated was the buzz this created among potential customers.

Being quirky in a saturated market

It's very easy for startups to drown in oversaturated markets. With so many new companies entering the field at once, you're almost guaranteed to find more than one provider offering similar solutions to a single problem.

To thrive, startups need to stand out. For example, there are a number of startups within the cosmetics industry that alternative products to those offered in stores, yet Function of Beauty is a company allowing customers to create bespoke shampoos and conditioners based on the type of hair they have. Customers also receive their creations in personalised bottles, meaning each product is entirely unique. It's this incredible attention to detail that has made it a startup success worth over $110 million today.

Be receptive to feedback

The startup industry can be as unforgiving as it is lucrative - there's far greater pressure on companies getting products right early on than in traditional enterprise, and if something goes wrong, it's near impossible to recover.

Successful startups therefore listen to their customers very carefully, and in some instances, invite them to participate in the design process. Airbnb, one of the industry's biggest success stories, was able to triple its user base by simply hosting an afternoon session with early backers to listen to feedback on its platform. It's a proactive style of customer interaction that investors admire, rather than asking for feedback once a product breaks.

Get creative with your business operations

A major advantage of brand new, relatively small companies is that you can be inventive with the way your business operates. Zapier, a workflow automation startup, is highly unusual in that it's never established a company headquarters and its workforce operates entirely remotely. Not only does this mean it's able to hire people easily from anywhere in the world, it also has none of the overhead costs of a traditional business.

Last year the company made an even bolder move by setting aside a $10,000 "de-location" package in order to incentivise employees to move away from the incredibly expensive Silicon Valley area.

Perhaps the biggest edge startups have over traditional businesses is their ability to respond quickly to new market demands. In fact, the unprecedented growth of recent technology trends such as AI and the internet of things has been underpinned by the work of startups.

For example, Chicago-based IoT firm Uptake, which reached its $2 billion valuation faster than any other startup, is able to gather and analyse data from connected machinery and sensors. This means that traditional companies can take advantage of improved efficiency of smart hardware, without having to hire the expertise needed to interpret data.