The UK unicorns and how they made their first billions 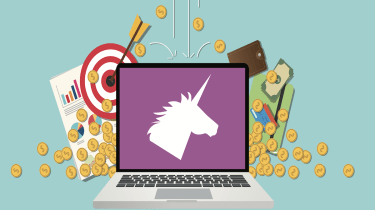 If you've recently ordered a takeaway, picked up a beer or had your DNA sequenced, you may have encountered one of the UK's "unicorn" companies.

Unicorns are a rare breed of company, hence the playful moniker, billed as startups that have eclipsed a valuation of $1 billion (around 720 million). They're companies making the impossible seem possible, acting as disruptors in their fields.

The term unicorn is not clearly defined, so there is a bit of contention over its use. Some argue publicly listed companies shouldn't count, while others say companies that have moved to the UK from abroad should be excluded.

As a result, top-level estimates suggest Europe has more than 50 unicorns; others suggest slightly less, with around 22 of these behemoth firms originating or being based in the UK up from 18 in 2016. In fact, more than a third of European founders are said to be based on our fair isle.

One particular success story is Deliveroo. Founded in 2013 by Americans Will Shu and Greg Orlowski in London, it became a unicorn last year. From just five employees, its office now spans 50,000 square feet and its employees number almost 2,000.

The technology behind Deliveroo has allowed the company to grow at a rapid pace, reaching a valuation of more than $2 billion (around 1.4 billion) in just half a decade. Justin Landsberger, the company's UK and Ireland commercial director, highlights the prominence of the iPhone in the early days as being "super important" in allowing the company to grow.

"When we first began, we were operational in one postcode in West London," he says. "Fast-forward five years and we're now in over 200 cities, we're creating one of Europe's biggest tech hubs, and we've created work for 30,000 riders."

Deliveroo isn't the only unicorn in the food industry. Valued at around $7.7 billion (5.5 billion) in November last year, Just Eat is worth half a billion pounds more than the UK's second-largest supermarket, Sainsbury's.

It revolutionised takeaway food by letting people easily order online, and in 2017 it reported 21.5 million customers and 172.4 million orders worldwide worth around $4.6 billion (3.3 billion), an increase of 26% on the year before.

First launched by five entrepreneurs in Denmark in 2001, the company moved its headquarters to London in 2008 and now employs almost 3,000 people. Last year it entered the FTSE 100 for the first time.

It's not all about food, either. Elsewhere on the unicorn list you'll find Improbable, a virtual-simulation startup co-founded in 2012 by three graduates. In 2017, Improbable raised $502 million (around 360 million) in a round of funding led by Japan's SoftBank Group, the largest ever round of venture funding for a private British company. This earned it a valuation of more than $1 billion.

The company is using this money to develop its main product, an operating system called SpatialOS. It's designed to allow the creation of massive simulated worlds, some the size of entire countries, earning comparisons to The Matrix. The team is hoping to release a game based around this OS, called Worlds Adrift, in the near future.

Launched out of the University of Oxford by a handful of people in 2005, Oxford Nanopore Technologies now has more than 350 employees and is revolutionising the market of DNA sequencing with its low-cost and easy-to-use devices. Worth an estimated $1.7 billion (1.25 billion), its lofty goal is to "enable the analysis of any living thing, by any person, in any environment".

DNA sequencing involves reading strands of DNA that can be used by doctors and researchers to diagnose diseases, see how organisms evolve, and more. Oxford Nanopore is shaking up the industry with its inexpensive products, such as the pocket-sized MinION priced at $1,000, compared to its competitors priced in the millions.

BrewDog was founded as a brewery in Fraserburgh, Scotland in 2007 by James Watt and Martin Dickie. Struggling after the first year, the duo hit the jackpot when it won all of the top four places at a bottled beer competition organised by Tesco.

The company set out to make a more exciting beer for pub-goers, and it has certainly done that. From humble beginnings, the company is now worth $1.4 billion (1 billion), thanks in no small part to its striking branding that separates it from the crowd.

In London you'll find BenevolentAI, a biotech business founded in 2013 to disrupt the pharmaceutical industry. It uses artificial intelligence to mine research papers to find new compounds or molecules for medical uses.

The approach has been hugely successful. It is now the biggest private artificial-intelligence company in Europe, valued at more than $1.8 billion (1.3 billion), with 19 active drug research programmes. Later this year it will conduct its first clinical trial, another major stepping stone for the company.

Beginning in 2003 in Scotland as an Excel spreadsheet, Skyscanner now welcomes 60 million monthly visitors to its site every month. It's one of the most recognisable flight-comparison websites in the world.

The site is now available in more than 30 languages, offering users an easy way to compare prices from all commercial flights. In 2016, Skyscanner was sold to China's Ctrip for $1.7 billion (around 1.4 billion), meaning it is no longer a unicorn in the strictest sense although it certainly has been a major disruptor.

The UK's next unicorns

A number of companies has already been tipped to join the exclusive club of UK unicorns. One is London startup TrueLayer, an open-banking platform fintech firm. Another is Cardiff-based tech company Amplyfi, a prospective Welsh unicorn thanks to its artificial-intelligence platform that supports strategic decision-making.

The digital bank Monzo is rapidly making waves, being valued at about $336 million (280 million) in November 2017, while Perkbox hopes to make the jump by offering employers new ways to provide incentives to their employees. And Performance Horizon, which provides real-time insight on data analytics, is being billed as the first future unicorn in the North East.

How to become a unicorn: Tips from the top

So with a number of successes and rising stars, what's the key to unicorn success in the UK?

"It's a clich, but most founders make hundreds of mistakes," David Buttress, the former CEO and co-founder of Just Eat, tells Alphr. "The important thing is to move on quickly. Good entrepreneurs are honest and not afraid to take risks.

"I can't think of any successful founders who've started off by saying I want to build a unicorn'. You need to grasp hold of something more meaningful, that you truly care about, otherwise no-one else will want to be a part of it."

Justin Landsberger, meanwhile, says simplicity has been the key to Deliveroo's success. "We've always done the same thing since day one," he says. "We never deviated from our initial plan, and such a singular focus allowed us to truly focus on what we were about."

Skyscanner CEO Gareth Williams says it's important to maintain an uplifting environment. "As companies grow, they can bloat [and] become inward-facing, political and static.

"That doesn't need to be the case, though, and I believe that with the right policies and the right people, you can maintain a rewarding, fun and positive workplace."

Getting there will be no mean feat. But if the companies mentioned here are anything to go by, there's plenty of opportunity for success. No matter how big you get, though, it's important never to forget where you started.