The one money mistake all bad businesses make...

... and how to make sure you don’t fall victim 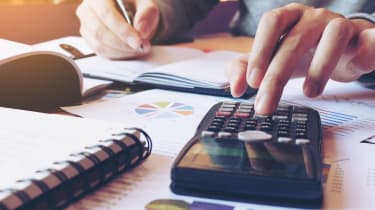 What's the one money mistake every failing business makes? It's not setting the wrong price or paying its staff too little: it's a failure to understand the various types of debt and debits passing through its books from day one.

When you're starting out, getting a fix on your accounts is no small task. Well-funded startups hire full-time accountants, but that's rarely an option for the 5.4 million British businesses employing fewer than nine staff. For them, choosing appropriate software is the best way to go.

But where do you start?

A profit or loss analysis

Few companies last long if they're not turning a profit, but that's not the whole story. To work out whether your business is viable, you need to separate your fixed and variable costs, the latter of which have a greater impact on your chance of success.

Variable costs, which include postage, tax and manufacturing, increase with every sale. Subtract them from your sale price, then divide your fixed costs by the result to discover how many sales it will take to turn your first profit.

If the market won't support those sales, the business will need to re-price, cut costs or find a new venture. No amount of playing with its accounts will change that.

"We can only support a business in doing business," says Chris Wade, VP of product for accountancy software firm Sage. "If a company makes poor choices about what it wants to do or how to go to market, the best solution in the world can't support them."

This is where the likes of Sage Accounting and Sage Financials software comes in. These programs are designed to help the business spot where the pain points lie, and identify whether they really are problems at all.

Tesla lost more than $4,000 on every car it sold a couple of years ago, but with $4 billion cash on hand, it could keep the production line running. How has it done since then? At first glance, not well. Despite selling just over 100,000 units in 2017, its latest SEC filing showed that its revenues of $11.8 billion delivered a net loss of $2.2 billion.

Divide that by the number of cars it's sold, and the losses appear to have widened to $22,000 apiece. So if things aren't improving, why hasn't Musk shut Tesla down to focus on flamethrowers full-time?

The answer is that Tesla is about more than just cars, and if you only look at the headline figures you won't see the whole picture. These figures include one-time costs, such as air-freighting hardware to Jamestown, South Australia, to build Tesla's 100MW battery array. The array will feed money back into the company over the longer term, financing its ongoing research and vehicle production.

It's easy to forget that Tesla, founded in 2003, is still a relative startup beside Ford (1903) and Mercedes-Benz (1926), making this the perfect example of a company taking early losses for the sake of longer-term success.

Sales are only for show

It's tempting to follow Tesla's lead, keeping prices comparatively low in the hope of generating buzz but this is a dangerous game. Paper-thin profits don't leave room for error and don't build in contingency. Growing your sales feels good, but unless you're doing it for the right reasons, the figures alone are meaningless.

IBM's second president, Thomas Watson, is often misquoted as saying there was a global market for "about five computers". He was actually talking about the 701 Electronic Data Processing Machine, rather than computers in general, but the point remains that even on so few sales (it actually took orders for 18), it still made sense for IBM to invest in research and production.

There's no magic bullet for formulating a sales plan, choosing the right price and attracting customers and although software can help you monitor what's happening in your business, it has to be used alongside your business sense.

"Having a system in place gives you that intrinsic visibility into the underlying performance, so you know where the money has gone, where it's coming from, who your customers are and who owes you money," says Wade. "All of that means you're no longer relying on the most unreliable thing: the human brain."

If you've cut your costs as far as you can, and can't sustain losses for as long as Tesla, what next? Raising additional capital is one option, but it's only open to businesses that can prove they can pay it back.

Tracking your accounts from day one  in software that was designed for the job gives you an overview of your business performance and lets you project into the future. Both are crucial when pitching for additional funding and deciding how to spend it.

"You can make better decisions more quickly," says Wade. "We hear about access to capital being a limiting factor to small businesses, but it's much easier to secure funding if you've got a system that helps a financier understand the health of your business at the push of a button."

Having this information to hand, in Wade's words, "lets the owner worry about doing business, rather than managing a business".

The one money mistake all failing businesses make

If all failing businesses have one thing in common, it's not necessarily that they're spending more than they're making. As we said at the outset, it's a failure to understand the implications of the various debts and debits that pass through its books. If they don't have the tools they need to identify that imbalance  and understand what it means  it can quickly become an issue.

"It might not be the most fundamental mistake that an entrepreneur makes, but failing to prepare for a future where they need to know these things is preparing to fail for that future," says Wade. "Systems give a business longevity and the confidence it needs to take things forward."