Traditional, non-traditional and personal funding have fundamental differences - here's what you need to know 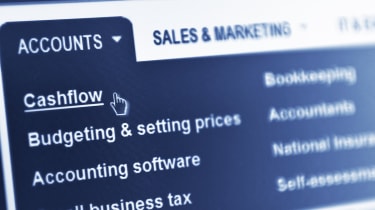 It's never been easier to fund a good idea, but choosing the best route for your business can be a minefield.

Two decades ago, the choices were simple but limited: you'd need a bank, benefactor or redundancy cheque. These routes are still possible, of course, but they're poorly suited to unconventional startups. Bold ideas from ambitious entrepreneurs need agile funding to match.

Modern, non-traditional sources of finance let today's founders think big from day one, building the kind of cashflow that businesses of yore had to build over a period of many years.

Less interested in past performance, the investors that today's startups attract buy into the stories behind them, many of which promise to build a happier, healthier, better-connected world.

Traditional, non-traditional and personal funding have fundamental differences, many of which relate to the level of risk to the startup, as much as they do to the source of the finance itself.

It's this latter category we'll be looking at here, with five non-traditional sources of funding all flexible startups must consider.

The different types of crowdfunding

Kickstarter is often credited with inventing the concept of crowdfunding, but that particular accolade goes to Marillion, after the band raised 43,000 through donations in 1997 to fund its US tour.

Since then, we've seen the rise of Indiegogo, Unbound and Patreon, which have developed a framework for entrepreneurs, authors and ambitious online creators.

Oculus Rift and the Pebble watch were both crowdfunding successes. Positive News, a magazine that majors on constructive journalism, crowdfunded its transition from a newspaper to a magazine in 2015. It's now a co-op, owned by 1,500 micro-investors in 33 countries, each of whom can influence its direction.

But crowdfunding isn't for everyone. Marillion and Positive News each had a following; you'll be starting from scratch. Oculus Rift and Pebble were standout products. Is yours?

Successful campaigns need thought-through ideas, achievable milestones and crucially a plan for delivering tangible products or services. Your investors are your first customers, after all.

If your idea is conceptual, a slow burner, or promises to grow your supporters' investment rather than send them hardware, books or music, you'll have more luck with a dedicated business-funding platform. Crowdcube (which financed the Sugru mouldable glue) and Seedrs (which helped Tossed expand) let you pitch to a different kind of investor one who is less interested in your product than your business fundamentals.

If you crowdfund your venture, you're largely on your own. You'll be free to run things however you choose, but might end up spending capital on support. Consider an accelerator instead or even an incubator and that support will be built in.

"An incubator is more about the physical space," says Nesta's head of new technology and startup research, Chris Haley. "Accelerators major on advice and support, with a cohort of ten or 20 companies coming together for a fixed period typically six months to benefit from peer learning."

Accelerators are often funded by businesses who want to get in on the ground floor by investing in ventures that will later deliver a profit.

Nesta has identified more than 200 incubators and 160 accelerators, which support around 7,000 UK businesses with 33 million of annual investment.

Seedcamp, the UK's longest-established accelerator, appears in the Nesta list and has invested in 250 ventures. It typically exchanges 100,000 plus the time it spends advising the founders and introducing them to its network of advisors for 7.5% of the startup's equity. Sia Houchangnia, a Seedcamp investment partner, describes the figures as "pretty standard in the industry there's not much of a question of modelling to understand if it's the right price".

It's this equity swap that distinguishes accelerators from incubators, the latter of which offer advice and support in exchange for rent and fees. By necessity, incubators invest close to home, while more than half of the UK's accelerators are in London.

Pitching to an accelerator isn't easy, but there are ways to increase your appeal. "Having a strong team in place, with an edge and an ability to address the problems you're going after, is crucial," Houchangnia says. "You might not have all the resources you need, but if you understand your market and have executed on similar products, that's important. We're looking for companies with global ambition."

Houchangnia agrees. For Seedcamp, the right time to invest is determined by several factors and it's not always day one.

"If you're technical, going after a well-defined problem like early stroke diagnosis, we'd be comfortable investing years before your first commercial contract. If the technology has less of an edge but the team has operational expertise, we might want to see proof of demand for the product. In some other cases, we might be looking at companies that already have early revenue."

Accelerators won't usually sign non-disclosure agreements (NDAs) as they need to discuss your idea with their partners but, says Haley, it's rare to come across a rogue operator.

Haley advises talking to potential cohorts and previous applicants, as well as the accelerator's own team. Most accelerators trumpet their successes on their websites  which in Seedcamp's case includes 161 operational companies, of which two are now valued in excess of 1 billion.

Failure to engage an accelerator may suggest you need to rethink your idea or that you need a more specialist route of finance.

Funding competitions, sponsored by big business, accept applications from startups in the same or a complementary field.

Shell Springboard is open to applications from low-carbon businesses, and awards a single 150,000 grant per year, plus five additional grants of 40,000. When we say grant, that's exactly what we mean: Shell doesn't take equity in the winning businesses. The money is backed by business-development feedback from low-carbon advocates.

It's just one of dozens that open for limited periods every year. Innovate UK which itself offers between 25,000 and 10 million for innovative products, processes and services maintains a list of available funding opportunities and advice on applying for both funding and loans online.

If your venture doesn't align with an existing competition, your product isn't suited to crowdfunding and you can't attract an accelerator, is the bank your only option?

Not necessarily. Peer-to-peer lending could be the answer.

You may findpeer loan providers, like Funding Circle, to be more flexible than your local bank. They'll still need to see a viable business plan and proof you can repay the loan, but by spreading the risk among hundreds or even thousands of individual investors, they're often willing to take a punt where a single financial institution may not.

Your level of risk is naturally reflected in their rates, but for a good prospect with viable plans to repay the investment, they start at less than 3%. This is broadly the same as a high-street bank.

Beyond banking as usual

However you choose to finance your venture, the initial cash injection will likely mark the point where your idea becomes a viable startup. Where you go from here is up to you and your investors.

You may well discover that sourcing your capital was actually the easy bit. Check out how fintech can help you grow your business, and the one money mistake that all bad businesses make and how you can make sure you don't fall victim.