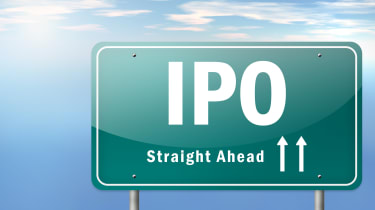 Dell's Pivotal offshoot has launched its IPO, with an anticipated share value of up to $592 million (420 million) if its 37 million Class A shares sell for the estimated $14 (10) to $16 (11) per share. It will also free up 5.6 million more shares for its underwriters to buy if it takes their fancy.

It will also free up 5.6 million more shares for its underwriters to buy if they wish.

Pivotal filed for IPO back in March, though when it does go public Dell will keep its controlling share through its other subsidiary companies such as VMware, which owns shares in Pivotal.

"The funds will likely be used to further develop its subscription services, but this will increase operating expenses," pointed out Dale Peters, research director at analyst house TechMarketView, speaking to Cloud Pro at the time Pivotal announced its IPO.

Pivotal posted a net loss of $163.5 million (116 million) last financial year, which is an improvement on its previous year's losses of $232.9 million (165 million), but means the company's still not as buoyant as Dell would like. Peters said the IPO is likely separate to Dell's plans to go public once more, with the company looking to offset its debt from buying EMC.

Another option for Dell is to reverse-merge with VMware.

Dell and Silver Lake Partners bought EMC back in 2013 for a cool $25 billion (18 billion), reportedly leaving the company in $38 billion (27 billion) debt up to February this year.