In 2018, what are the benefits of leasing IT equipment?

We explore the many reasons why it makes sense, from reducing debt to simplifying support to ensuring your IT kit stays up to date 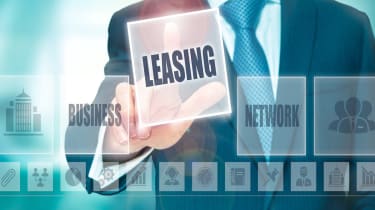 Leasing hard assets isn't new. Businesses have been renting capital goods and equipment in much the same way they've been paying for their premises for years. Yet the market that facilitates it is changing.

Ever since IT began, banks have been reluctant to lend against software and services: they don't see them as assets they can repossess if the business falls behind on its payments. However, with a new range of funding brokers, and dawning appreciation for the fact that hardware is only half of the equation, things are starting to change.

The changing face of IT procurement

If the market is becoming more liberal, though, the news is taking its time to reach British SMEs. "When it comes to getting hold of the latest and greatest technologies, many are in the dark," said Simon Willies, Head of Commercial at Currys PC World Business. "Business owners may understand the benefits of investment, but when faced with the costs of purchasing refreshed IT and tech equipment, they turn pale."

Steve Khela is director of Birmingham-based Geex which, like Currys, runs leases of two years or longer. "The refresh period for computers is really about two or three years," he said. "On a 12-month lease, the figures start to be quite a bit higher", which makes leasing a less attractive proposition.

Both Geex and Currys work with finance companies that, in Geex's case, sign over ownership of the hardware at the end of the term. "At that point, we have three options," said Khela. "We ask the customer if they want to buy it, and they sometimes pass it on to their children; we can take it back and we send it on to a WEEE company for recycling; or we offer it to charity."

Such flexibility isn't uncommon, and it's a greener option than sending depreciating kit to landfill.

"We offer a three-year lease but after two years you can send the machine back without any further commitment," said Phil Morgan of Hardsoft. "If you carry on for the full term, you can buy the machine for an extra 1 or, if you want to pay a little less, we have a pure rental scheme, which is 15% or 20% cheaper per month, at the end of which there's no option to keep the kit."

Few businesses have their eyes on what would happen at the end of the term at the point of signing up. The primary benefit particularly for smaller players with limited budgets is getting access to the hardware without bearing the upfront cost.

"Leasing allows a company to retain its working capital within the business itself, to invest in other areas. It could be a marketing campaign, recruitment of new staff, anything," said Anne Baker, of Baker Leasing (bakerleasing.co.uk). "At the same time, though, they're getting tomorrow's technology today."

Baker Leasing is an intermediary, which works with underwriters to source funds for organisations that have decided leasing is the best option. "If a customer wants a 20,000 package, but they only have a budget of 12,000, they're going to have to make a decision. Do they trim their expectations and buy something that might not suit their needs, or do they lease the whole package? The difference between the two might only be a minimal monthly increment over the term of the lease."

This has obvious benefits. As Currys' Willies points out, "SMEs have long realised that there's a link between the latest tech and business performance. The better the tech, the better the business. With the right lease they can update their hardware whenever they need to, which helps them stay ahead of the curve and ahead of the competition."

It also means they can keep their cash close to hand.

"They might get a deal on an advert or some stock, in which case having the cash that they would otherwise have spent on buying their IT outright keeps them stronger," said Hardsoft's Phil Morgan.

The hardware remains the property either of the leasing company, or the underwriter that has provided the funding until the end of the term. While this may sound like a disadvantage, Khela believes there are benefits to renting rather than owning the equipment.

"You're getting your full support and warranty, and every three years you get brand-new equipment. We keep loan machines in stock so if anything goes down we send the customer one of our machines while we get theirs repaired. If we can't get it repaired, we just send them a brand-new machine straight away."

"Maintenance issues are eliminated," Willies agreed. "The products that we lease are protected as part of a fully supported service solution, which holds for the entirety of the leasing period."

"A lot of the companies we deal with don't have an IT department," added Morgan. "So, we cover everything with a no-quibble three-year warranty." If anything goes wrong, Hardsoft dispatches a courier to retrieve the faulty kit right away.

Less obvious is the fact the leased equipment's depreciation is kept off the renting company's books. On a large site with several hundred seats, this can make a significant difference to the bottom line. So, too, can the ease with which IT managers can run their budgets.

"It doesn't necessarily make sense for a business to own depreciating assets," said Baker. "They're better off keeping the capital within the business, and the lease payments are deductible against corporation tax. The leases themselves are what you'd call off-book', too, in that they don't appear as a debt against the company in its accounts the way a credit card balance or overdraft facility would."

Many leasing companies Geex included can also handle subscriptions to services such as Office 365, which are usually invoiced separately, allowing the business to turn them on and off as required, separate from the hardware lease.

Combined, the predictability of the leasing cost, the flexibility of the software options and the reliability of the backup and support are a tempting mix for businesses of all sizes. And, claims Baker, "it's not like a loan where the interest is calculated month by month on the reducing amount you're paying off."

For many, this is a selling point especially now that the Bank of England is starting to put up interest rates to tackle growing inflation. A regular business loan will usually be affected by any base rate rise, making the leased option cheaper with every augmentation.

Every leasing company will operate its own scheme in a different way, but all will want to be sure that the borrower is credit-worthy. Often this means they'll need to demonstrate that the business has been viable for the last three years. This doesn't immediately rule out startups, but in such cases the founders and directors will need to provide personal guarantees. The loan may be secured against their home.

In any case, the decision is usually made one way or the other within minutes. Currys PC World Business will approve an application online, while for Hardsoft, any company with two years' trading history is almost guaranteed acceptance. Geex lets you add products to a leasing basket and make an online enquiry, and Baker Leasing will talk through quotes by phone before approaching its network of finance providers.