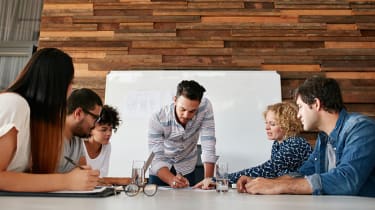 Tech Nation has revealed the UK's tech sector is expanding 2.6 times faster than any other industry, with it worth an estimated 184 billion, up by 14 billion compared to last year.

Turnover from tech firms by increased by 4.5% in the last 12 months - significantly more than the UK's GDP, which rose by just 1.7%. This had a knock-on positive impact for recruitment in the sector, with the organisation revealing jobs in digital tech growing five times faster than any other sector in the UK.

"Tech Nation 2018 not only highlights the underlying strength of our digital economy but also emphasises its huge potential," digital secretary Matt Hancock said.

"Our world-leading tech firms are growing fast and creating the high-skilled, high-paying jobs of the future. They are a hotbed of innovation, creativity and entrepreneurial spirit. This is a huge success story, and we are working hard to make sure the benefits of digital technology reach every corner of the country as we build a Britain that is fit for the future."

A big focus in the UK's tech future is the rise of so-called tech towns and silicon suburbs - areas of the country not normally associated with techology that are having a significant impact on technology growth.

Tech Nation, a government-funded body to promote startups across the UK, has identified 16 towns with higher-than-average levels of tech employment that could be responsible for seeding the next round of digital innovation. They are Newbury, Reading, Basingstoke, Burnley, Slough and Heathrow, Livingston, Stevenage and Welwyn Garden City, Guildford and Aldershot, High Wycombe and Aylesbury, Southend, Enniskillen, Telford, Cheltenham, Stafford, Huntingdon and Swindon.

Although the sector is on the up, there are still lots of concerns from entrepreneurs, investors and founders. Talent is the biggest worry, preventing 83% of tech clusters from expanding, while funding is a top three challenge in almost half of places, and bad transport links is a concern in 29% of places.

But entrepreneurs remain optimistic, with 70% saying they think tech businesses in their area will grow significantly over the next 12 months.

"Tech Nation 2018 is the first major milestone of Tech Nation, the organisation now working across the country to build networks that support ambitious entrepreneurs and shine a light on the achievements of our tech sector," Gerard Grech, chief executive of Tech Nation, added.

"The UK's tech sector is growing almost three times faster than the rest of the economy. What started as Tech City is increasingly Tech Nation. London is the world's second most connected hub after Silicon Valley. We need to make the most of that, as our new relationship with the EU will undoubtedly force us to be even more adaptive, innovative and ambitious."

Tech City UK became Tech Nation last year, when the government handed it 21 million to invest in startup hubs across the UK, after its initial remit to focus on London's digital sector.