AI will cull and create millions of jobs

PwC: Automation's impact will be different on each industry, and affect creative roles less 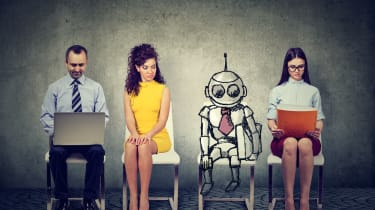 Artificial intelligence will create as many jobs as it displaces in the UK, but its impact will be felt disproportionately across different sectors.

This is according to a report from PricewaterhouseCoopers (PwC) that argues that AI will create 7.2 million jobs over the next 20 years, slightly more than the seven million predicted to be automated.

However, the impact of new technologies will not be felt evenly, as sectors like healthcare and education are set to benefit, whereas manufacturing and transport are estimated to see the largest decreases in jobs due to AI.

"People are understandably worried about the impact of AI on jobs, and businesses and the government need to address these concerns head on," said Euan Cameron, UK AI leader at PwC.

"As our analysis shows, there will be winners and losers. It's likely that the fourth industrial revolution will favour those with strong digital skills, as well as capabilities like creativity and teamwork which machines find it harder to replicate."

The report, published today, predicts that healthcare will be the biggest beneficiary of AI, with an estimated 1.5 million jobs created with 526,000 workers replaced by AI, a 22% net increase of nearly a million new jobs. There were similar outlooks for professional, scientific and technical jobs with a 16% net effect of 484,000 new roles.

"Healthcare is likely to see rising employment as it will be increasingly in demand as society becomes richer and the UK population ages," said John Hawksworth, chief economist at PwC.

"While some jobs may be displaced, many more are likely to be created as real incomes rise and patients still want the 'human touch' from doctors, nurses and other health and social care workers."

At the other end of the spectrum, manufacturing is predicted to lose 25% of its workforce to AI, equivalent to nearly 700,000 jobs, even when newly created jobs are accounted for. The transport and storage industry told a similar story, with PwC predicting a net loss of nearly 400,000 jobs, while the government and defence sector will cut 274,000 roles.

"As driverless vehicles roll out across the economy and factories and warehouses become increasingly automated, the manufacturing and transportation sectors could see a reduction in employment levels," added Hawksworth.

PwC's research almost mirrors Gartner's AI and the Future of Work report from earlier in the year that predicted AI will create 2.3 million jobs and eliminate 1.8 million by 2020, with a varied impact across industries.