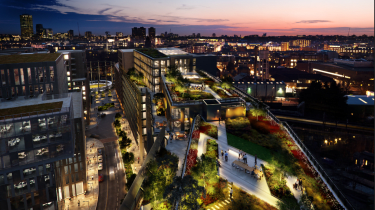 Facebook is set to open a vast new London office, doubling its current floorspace in the capital by leasing 611,000sq/ft of workspace in King's Cross.

The social network will deploy 6,000 workstations across two buildings, which account for 15% of the area's total office space. Its new base joins its two other, smaller, London offices - Rathbone Place, opened last year, and Brock Street in Regent's Place.

While the company hasn't confirmed how many jobs will be created at its King's Cross offices, it expects to employ 2,300 people at its other two offices combined by the end of the year.

The UK is home to plenty of the tech giant's most famous innovations, from its enterprise collaboration tool Workplace to its social VR apps for Oculus. Last year the firm opened a startup incubator at its Rathbone Place office called LDN_LAB.

"The UK is one of the best places in the world to be a technology company and we're investing here for the long term," said Steve Hatch, Facebook's managing director for northern Europe.

Mayor of London Sadiq Khan said Facebook's new offices were further evidence of tech firms' attraction to London. "This investment is great news for the capital. We welcome Facebook's long-term commitment, which is further evidence that London is open for business and a world-leading destination for major tech companies," he said. 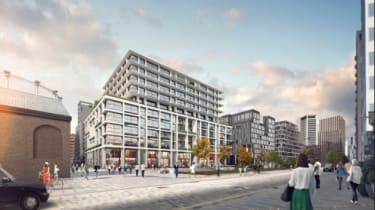 Minister for digital, Jeremy Wright, added: "The UK is the top destination for tech investment in Europe. We have the talent, capital and business environment to help global companies thrive alongside our rich landscape of startups and scale-up.

"I welcome Facebook's commitment to increasing its presence in the UK. This is another vote of confidence in our economy and through our Industrial and Digital Strategies we will continue to secure the high-paying, high-skilled jobs of the future."

King's Cross is fast turning into a thriving London tech hub; US technology giant Google building a one million sq/ft office in King's Cross, with work to commence this year, while the Turing Institute is also based there. Facebook's office is estimated to open in 2021.