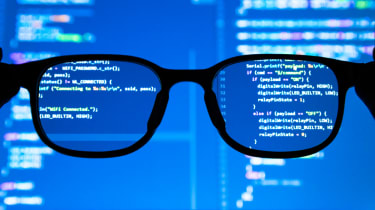 Data scientists have been identified as the most important workforce capability that UK CEOs are looking for to support future business growth.

This is according to a KPMG survey of 150 UK leaders and a further 1,150 CEOs from across the world, who were asked about their future investment plans and the challenges and opportunities facing their companies.

Mark Williamson, partner and head of the people consulting practice at KPMG in the UK, said that UK CEOs were "encouragingly bullish" about their resourcing requirements and evidently more so than their counterparts elsewhere in the world.

"This sends a powerful message to the world that UK business leaders can see past market uncertainty and are focused on future-proofing their operations," he said.

"They are embracing digital disruption and are confident in the potential for automation to create jobs in the near future. The rise of the data scientist is clear evidence of this sentiment and shift in priorities within UK boardrooms."

KPMG's 2018 Global CEO Outlook showed that more than two-thirds of respondents (69%) named data scientists as an important workforce capability in supporting their future growth plans, followed by emerging markets experts (57%) and emerging technology specialists (55%), such as artificial intelligence professionals. Looking to the future, 61% of the UK CEOs asked said that they are pre-emptively hiring new skills, regardless of future growth targets.

The findings show that UK business leaders' have more positive attitudes towards market conditions and a commitment to seeing through the challenges of the future. In contrast, the CEOs from the rest of the world were less confident as a group with 52% stating that they are waiting to achieve certain growth targets before hiring new skills.

The survey also suggested that UK CEOs were also more confident on the prospect of artificial intelligence and robotics technologies, with 71% suggesting that it would likely create more jobs than it eliminates over the next three years. Only 61% of CEOs from the rest of the world felt the same.

"Fundamentally, the nature of digital disruption is potentially transformative if approached with the right mindset," added Williamson. "But incremental, measured evolutionary change is not going to be an option for many sectors.

"The time to change is now and the scale of change requires business and operating model reinvention. The C-suite cannot delegate change leadership in such circumstances, it is their responsibility."