Research from Nesta highlights the UK's need for specific skill sets to meet the demands of changing technologies and political landscapes. 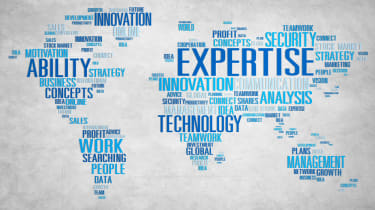 The UK faces a skills shortage that could worsen with advancing technologies and the impact of Brexit, according to research from Nesta.

To uncover what talent the country lacks most, the innovation foundation created the UK's first publicly available data-driven skills taxonomy, to classify and map which industries and jobs will need more training and recruitment.

The Open University estimates that skill shortages cost the country 2 billion a year in higher salaries, recruitment costs and temporary staff - and the research by Nesta suggests that could worsen with advances in technology and Brexit.

"The UK's skill shortage is costly, damaging to growth, and could worsen because the skills that we need are changing," said Eliza Easton, principal policy researcher at Nesta. "This isn't just because of new technologies and automation, but also impacted by factors including globalisation, climate change and an ageing population. Brexit may also radically change the skills we have access to in the UK."

According to Easton, the skills taxonomy was born out of the need to create an informed labour market for education providers, workers, students, employers and policymakers to understand how skills are changing.

"We now need to act on this evidence to protect the most vulnerable to these shifts in the labour market, ensuring they have access to lifelong learning and retraining schemes," Easton added.

According to the research, the jobs that are most vulnerable to advancing technologies are skills groups with relatively low salaries and low growth potential, such as medical administrators and shipping and warehouse operatives, and those who require more engagement with technology for administrative purposes, rather than in a creative way.

Nesta said that the digital skills most likely to be needed in growing job sectors are ones that are used in non-routine tasks, problem-solving and the creation of digital outputs.

The longer-term effect of automation on the labour market is a topic that continually divides opinion. Recently, the chief economist of the Bank of England, Andy Haldane, warned the UK was facing "technological unemployment", saying an even greater number of new jobs will need to be created in the future to avoid the potential of a longer-term unemployment due to advancing technologies.