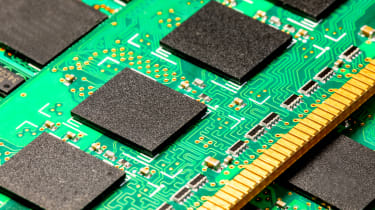 Samsung will reportedly slow the growth of its memory chip output in the face of an expected drop in demand, according to Bloomberg.

Citing "people briefed on the matter", a report says the move is planned to help keep its supply limited in order to maintain or push up semiconductor prices, at a time when the company expects bit growth of less than 20% for dynamic random access memory (DRAM) and a 30% rise for NAND flash.

Bit growth refers to the amount of memory produced, and is a key figure for gauging the projected increase in demand for DRAM and NAND products.

If bit growth is lower than expected, chipmakers such as Samsung may choose to push up prices, as well as cut orders for equipment and materials in order to curtail investment.

Samsung is one of the biggest producers of semiconductors, and holds a great deal of sway over supply for smartphones and computers. The company's chip division generated an operating income of 35.2 trillion won (24 billion) in 2017.

"If Samsung does cut its DRAM bit growth, it shows the company is happy with the current oligopoly market structure," said Anthea Lai, an analyst at Bloomberg Intelligence in Hong Kong.

Samsung's shares reached an all-time high in 2017, but have fallen 7.3% this year. Although DRAM bit volume continues to rise year-on-year, there have been concerns about stalling smartphone sales impacting the market growth for semiconductors.