The two firms have announced plans to bring unique features to the iOS version of the Salesforce app among other things... 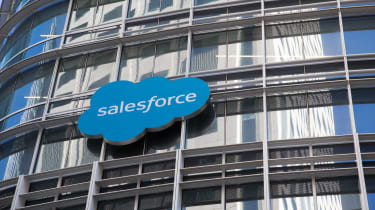 Apple and Salesforce have joined forces with the aim of providing more features to iOS users.

The two companies made their joint announcement today, saying it was about enhancing the user experience through feature tweaks and developer empowerment.

"With this partnership, we're bringing together the world's #1 CRM platform with iPhone and iPad, the world's best devices for business," said Marc Benioff, Chairman and co-CEO, Salesforce.

"Together, Salesforce and Apple are defining a new era of mobile innovation with native apps on iOS, and empowering millions of people with access to Trailhead and the skills they need for the jobs of the future."

As part of the deal, Salesforce will redesign its iOS app and bring to bear exclusive features, including but not limited to Siri Shortcuts, Face ID and Business Chat. This revised version will be made available in early 2019.

"We're excited to work with Salesforce and that their industry-leading CRM will embrace native iOS and deliver exclusive new features on iPhone and iPad," said Tim Cook, Apple's CEO. "With the powerful combination of iPhone, iPad and iOS - the best hardware and software for business - together with native Salesforce apps and the new Salesforce SDK, we can deliver great customer experiences for businesses around the world."

Salesforce developers will also benefit from a new iOS SDK, which is optimised for Apple's programming language Swift, and will be available by the end of 2018. In addition, Salesforce is offering related Trailhead development resources so developers can create native apps using the cloud giant's Lightning platform.

"Einstein really brings the power of voice to Salesforce. We really view voice as the future interface for all our products," said Bret Taylor, president and chief product officer at Salesforce.

Buscemi said that the Trailhead and iOS communities were five million and 20 million-strong respectively and that the combination of the two would help empower developers further.

Despite today's announcement focusing on Apple, Salesforce was keen to stress this isn't an early warning sign that it plans to abandon any focus on Android or other operating systems.

'Our strategy is to make Salesforce available on all mobile devices without qualification. There are three pillars [to our partnership with Apple] but they are not at the expense of making our app available on other mobile platforms," Taylor added.