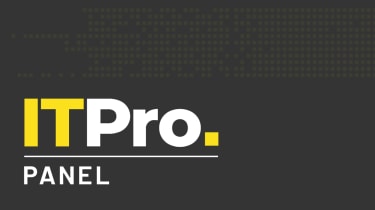 Welcome to the IT Pro Panel Profile, where we talk to the CIOs, experts and IT leaders that make up the IT Pro Panel, and discover their top tech, pet peeves and IT inspirations.

It’s not unusual to see cyber security professionals with experience in the intelligence industry; many infosec engineers and threat researchers have previously worked for agencies like the FBI, Interpol, GCHQ and others.

For example, Ian Thornton-Trump, AmTrust International’s EMEA Head of Cyber Security, served with the Canadian Armed Forces for two years as part of its military intelligence branch, as well as spending time working with the Royal Canadian Mounted Police as an intelligence analyst.

He also held senior positions at SolarWinds and Ladbrokes, and even runs his own threat research lab based in the UK. In other words, Ian has some serious security chops.

Describe your role in 20 words or fewer.

My role is to improve the effectiveness of AmTrust’s security landscape, managing operational security controls, forensics, and incident response.

What was your first computer?

So the first computer I has was a ZX-80 - a generic thing hooked up to a television with a cassette deck for storage. I call it a proto-computer really but not at all user-friendly. It wasn’t long before I was on an original IBM PC with the two 8.5in disk drives.

What do you like most about working in IT?

I love the humour and the passion folks bring to the job!

If you could magically get rid of one piece of technology forever, what would it be, and why?

I’d scrap any Android device more than four years old - mostly because it can no longer be secured.

What future tech innovations are you most excited about?

The potential for using machine learning and AI to decrypt SSL and TLS sessions in real time.

Who’s your biggest inspiration in the world of tech?

Alistair Forbes - founder of Hounddog technologies which became GFI Software, then LogicNow and was finally sold to SolarWinds for half a billion dollars.

If you're a senior IT decision-maker and you'd like to apply to be part of the IT Pro Panel, please email panel@itpro.co.uk