IT Pro Panel: Eight ways to manage your technology teams 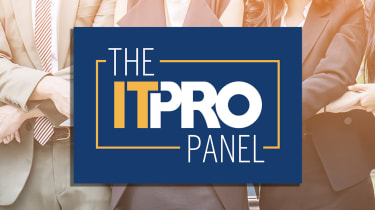 While IT leaders set the strategy and direction for their organisations' use of technology, tied closely to business goals, they're rarely the people who are down in the trenches with their IT infrastructure.

That's the job of developers, software engineers, network architects and data centre administrators - as well as plenty of other techies.

Depending on the size of the organisation, an IT team could include hundreds of these job titles, or just a handful. But while the CIO probably has a few of these roles ticked off on their CV, they should no longer be grappling with network switches and virtual machines.

Instead, they can add value by ensuring their IT department is ready to enact the changes the business needs by ensuring teams are as effective and efficient as possible. In this IT Pro Panel Discussion, we speak to three IT leaders about how they manage and motivate teams to make the best use of their employees' talent.

Build the right team, but leave the creativity to them

"The ability to know when not to get involved is critically important," says Mark Holt, CTO of ticket-booking app Trainline. "My job is to work on the team, not in the team."

Instead of being hands-on with the team and directly involved in its decisions, Holt believes it's an IT leader's responsibility to cultivate the right environment in which their staff can thrive.

"You talk to CIOs and CTOs and they say 'I've got this great idea, I'm going to drive it through and make it happen'," he explains. "But my job isn't to come up with the great ideas, a whole team of people focused on the problem are going to come up with the amazing ideas - my job is to get them in there, to make sure they've got the right culture where they can execute and then get the hell out the way."

Peter O'Rourke, Director of IT at the University of Suffolk, agrees, but warns that fostering a fail-fast mentality also means IT leaders must create a safe environment.

"If you've just missed your payment run that's not really failing safe," he points out. "But it's about allowing people the space in which they know they have time to experiment and try something that doesn't work, but which means they now know how something else works, so the next week they can come back and try it a different way."

It's a view shared by Domino's UK CISO, Paul Watts, who points out that a good IT leader should celebrate both the successes and the failures of their tech teams.

Mix your team up - get out of the IT bubble

Richard Orme, CTO of Photobox Group, which includes gift personalisation service Moonpig, tells IT Pro that when building project teams, he tries to get out of the IT silo and involve the wider business.

"We've evolved the organisational design to really align the technology teams with the commercial team and marketing team, and potentially the brand teams," he states.

Photobox Group's "squad model" sees Orme give that team one goal - for instance, to improve web traffic by 20%. He then assembles a team with the skills and knowledge to achieve that goal, but doesn't tell them how to do it.

Everyone can suggest different approaches, but then everyone works together to bring the best idea to life.

"With functional teams what you often find is [one team's] ideas can get challenged by another team because they say 'well it wasn't our idea'. We've managed to break down those communication and process barriers, and at Moonpig, where we've been doing it for longer, we've really started to accelerate growth."

Ask them to question everything

One problem CIOs can find themselves facing is something common to any job - accepting the status quo.

Indeed, the first thing that O'Rourke asks new technology staff at the University of Suffolk to do is to note down anything unusual about how the organisation operates, hoping their fresh perspective will throw a new light on how they can improve things.

"You take somebody and actively encourage them to catch everything that looks a bit odd to them, and tell you," he explains.

"Fundamentally, that's what transformation really needs to be about - it's how you get people to constantly challenge how you decide to deliver your products or services, because they're the ones who want to use them."

Watts agrees, telling IT Pro that "enabling two-way communication [is key]. Be a good listener and give them a voice, and be open, honest, transparent as far as possible."

Give them something to own

Holt believes the best way to empower staff is to allow them to be responsible for a particular facet of a service.

"For those teams to be autonomous, it's important to own a piece of the functionality or a particular metric ... of being able to quickly deliver cool functionality," he explains. "That's what I believe is the key to an effective motivated organisation - people who can see the impact of what they're doing on real customers and who feel a sense of ownership for making something successful."

To ensure they're engaged with the work they're doing, Holt also expects technology team members to use the app themselves, so they understand the customer's experience.

Find what motivates each team member

Photobox's Orme also believes CIOs can motivate the members of their teams the old-fashioned way; with feedback and progress plans, encouraging his senior leadership team to ensure every employee benefits from this.

"Great technology comes from great people who have great ideas and want to keep learning," he says. "We've really pivoted to becoming a learning organisation. I also see my role as making sure everybody gets development feedback and personal development plans and [a sense of] how they can work on some of their behavioural inputs so they become more effective across the organisation."

"Feedback is critical," notes GoCompare CTO Jackson Hull. "Running regular engagement surveys and, importantly, responding to the concerns of the teams is paramount. There is no magic bullet that applies to all teams, and culture improvements are hard yards."

This is a key point for Watts. "Always appreciate the demographic of your teams and communicate accordingly," he says. "You should also use strong emotional intelligence - consider Insights Discovery profiling, or 360-degree appraisal."

Keep the train on the track

At the end of the day, IT leaders must ensure they deliver on the transformation goals that underpin their organisation's current and future success. This requires them to keep a close watch on their teams' progress, and course-correct when necessary.

"Tech executives must be involved with tech teams," says GoCompare's Jackson Hull. "Like all teams, tech teams need to have the context of the broader strategic direction of the business. Executives need to deliver and reinforce this vision to ensure that the most critical enablers are achieved. Tech executives also need to stay close to tech teams to understand what's happening in critical projects and to understand at an architectural level what the critical enablers and blockers are."

This goes for everything from spotting that the right intentions are taking teams down the wrong path, to the motivations being wrong in the first place, agrees Trainline's Holt, who wants teams to always be focused on what's best for the customer.

"We had examples even here of teams that end up being driven by internal results and that creates the wrong culture, creates the wrong outcomes, and at the end of the day it's pretty demotivating: someone says 'oh I've built this brilliant thing', and everybody else says 'who cares?' Nobody's that interested because it doesn't do anything for the customer."

"However," Hull warns, "[executives] must resist trying to solve operational issues directly - time is much more valuable when spent empowering managers to resolve issues in their teams, and holding them accountable for the outputs."

Always focus on the end result

Hull believes that one of the keys to success is making sure that everyone involved in a project maintains a clear vision of what a project's goal is.

"The most critical aspect is to get teams - both internal and vendors, focused on the outputs," he says. "We use workshops at the outset of key infrastructure projects, involving all stakeholders and vendors."

"This ensures that we create a shared vision for the outputs, which we revisit throughout the project to make sure we are on track. One interesting approach is to get the team to craft a press release for the conclusion of the project at the outset. This is a model Amazon uses for internal projects, and it's a fun way to galvanize teams around project outputs."

Similarly, Orme sees his role as asking some key questions of a project team: what goals are they delivering, and do they know what outcomes they're driving?

"If not ... sometimes actually that means we're not working on an outcome and maybe we need to rethink what we're doing," he states.

"My question to my senior leadership team is always 'do you understand the value of the work your teams are working towards?' They understand the cost - and technology teams have long been seen as a cost centre - but can you create the link back to the value they're creating? Either it's in cost saving or it's in revenue growth or profitability."