An auction mechanism Google implemented following the record €2.42 billion fine has been labelled meaningless, in an open letter 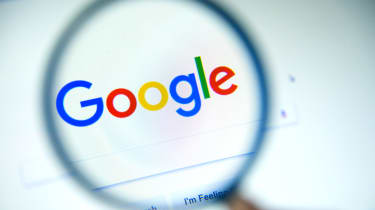 An alliance of price comparison sites have railed against Google for failing to comply with a European Union (EU) ruling to restore competition to its shopping platform.

In 2017, EU commissioner for competition Margrethe Vestager issued Google a 2.42 billion antitrust fine for artificially promoting its own price comparison service on its online shopping platform ahead of rival services.

This record fine also came with an order to remedy the anti-competitive element, which Google says it has implemented, but a collective of 14 price comparison site CEOs have written to Vestager to complain these measures are "meaningless".

Google's new auction-based mechanism that allows rivals to bid against Google Shopping for higher placement on market search has been branded "neither compliant nor effective", by the 14 platforms, including Idealo and PriceSpy.

Now more than a year since the ruling, and the introduction of the auction mechanism, they have argued that "the harm to competition, consumers and innovation caused by Google's illegal conduct has continued unabated".

"While While rivals are compelled to bid away the vast majority of their profits, Google Shopping's bids cost it nothing," the open letter said. "Its bids are just meaningless internal accounting, paid from one Google pocket into another.

"The harsh reality is that a pay-for-placement auction is fundamentally incompatible with the concept of comparison shopping (or, indeed, any other form of vertical search).

"As a result, few rivals have chosen to participate in Google's CSS (comparison shopping services) auction and, when they have, genuine CSSs that employ a consumer-friendly paid-inclusion model have struggled to outbid services like Google Shopping that, since 2013, employ a consumer-unfriendly pay-for-placement model."

The collective also accused Google of generating and populating the auctions with fake CSSs because it has not been possible to populate them with enough genuine sites to create an element of genuine competition.

Moreover, ad agencies are being approached and incentivised to pose as price comparison sites, and are being given license to bypass a Google Shopping auction and bid for placement in the CSS-only auction.

The CEOs have asked the EU commissioner to reject Google's compliance remedy and demands the web giant produces another option that adheres to the principles set out in the initial ruling.

Vestagar accused Google of abusing its market dominance when she initially issuing her record antitrust fine in June 2017.

"What Google has done is illegal under EU antitrust rules. It denied other companies the chance to compete on the[ir] merits and to innovate. And most importantly, it denied European consumers a genuine choice of services and the full benefits of innovation."

The firm had 90 days to cease its anti-competitive practices, during which time it developed and implemented the auction mechanism subject to the price comparison sites' complaint. Google also spun off its shopping service into a separate entity.

IT Pro approached Google for comment but did not get a response at the time of writing.