The evolution of people in the workplace

People are the most important asset for any business, and they need the right tools and platforms to help them flourish 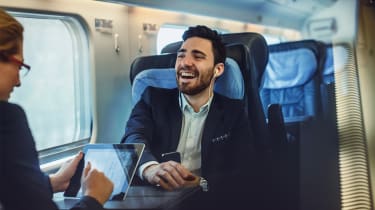 It's no secret that the concept of work' has changed dramatically just compare the workplace of 20 years ago with the workplace of today. Gone are the rows upon rows of identical cubicles containing one desktop PC and one desk phone, replaced by large open-plan offices which often don't feature any permanent workstations at all.

Mobile devices, cloud-based apps and near-universal connectivity have enabled fundamental shifts in how we work, allowing people, to work from home, their favourite coffee shop, or another country without sacrificing efficiency or productivity. The use of these tools is now expected by many workers and according to studies, younger hires in particular would consider turning down a job if they thought the technology wasn't up to standard.

It's all about understanding who people are, and giving them the freedom to work, think, express themselves, share and generally be more like humans, not automatons.

Look at it this way; how would you feel if you only had a desktop PC, an email account and a spreadsheet to do your job? No mobile devices, no messaging apps, no video calling facilities Younger workers demand access to these new tech tools as a basic requirement and they're willing to vote with their feet if they don't get them.

People want flexibility too they expect to be able to work remotely when they need to. As employees, they want to be provided with the right tools to support that decision, like real-time collaboration software, seamless file-sharing and work devices that are light and portable enough to keep up with them. 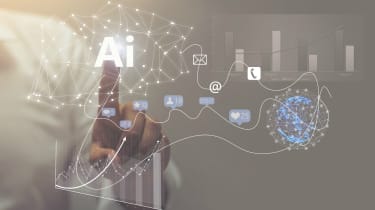 This massive change in the way we look at employment is only accelerating; AI is the engine driving a new and even more drastic shift in how we approach the concept of work. As AI technology becomes more sophisticated, more and more tasks will be automated, with deep learning algorithms able to perform certain tasks with human levels of skill if not greater. And this applies to office-based, white-collar duties as well as typical manufacturing and construction functions.

Don't panic just yet, however; the rise of AI isn't going to end up with large portions of the workforce becoming obsolete. Rather than taking over whole job roles such as data analyst' or sales operative' the machines will instead most likely take over all of the tedious, repetitive parts of those roles that humans don't like doing, such as data entry, reporting and other information-based tasks. Instead, humans will focus more on the creative, collaborative areas of the business that machines can't do.

For example, AI can take care of the number-crunching associated with tracking sales figures, leaving your salespeople free to do what they do best - meeting people, making connections and bringing more revenue into your business. Similarly, data analysts can take the output data produced by analytics algorithms, then apply the uniquely out-the-box thinking that only humans can offer, to interpret it in creative ways that may not have been thought of by an AI.

The Internet of Things (IoT) is another area which will improve the lives of employees in subtle but no less important ways. There are numerous cost savings and efficiencies to be gained from the use of IoT (in areas such as logistics, transport, manufacturing and more) but there's also big potential benefits for employee happiness and wellbeing.

Micro-targeted climate control, for example; thermostat wars are a common sight in offices (even within connected heating company Hive Home, an engineer tells us), but imagine an office where an employee could go and sit at any desk, and the air conditioning system would automatically adjust to make that spot the ideal temperature based on the person's preferences, along with the lighting and other elements. 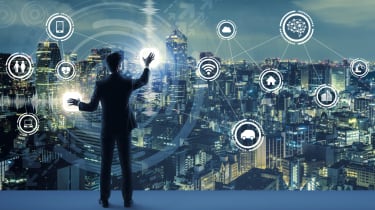 IoT can make that a reality; although it will generally require either an office that is being constructed from scratch or entirely gutted and rebuilt. Take, for example, The Edge: not the U2 guitarist, but the smart office' built in Amsterdam to house Deloitte employees in "the world's greenest building". This uses a network of more than 28,000 sensors to measure things like temperature and humidity, and can then advise staff where the best desks to sit are based on their own preferences.

Not only that, but it's also the bedrock that will allow driverless cars to become a feasible reality a development which will have huge implications for businesses in many sectors, as well as on commuters who will be able to take advantage of faster and simpler transport options. Writing on O2's Business Blog, the company's Head of Digital Innovation, Alyson Edmunds, highlighted how O2 is helping to pave the way for the driverless car.

"Transport operations are benefitting from IoT technology as well," says Edmunds. "For example, our own O2 Smart Vehicle is a simple device that transmits vehicle and driver information, in real time, making industry-leading vehicle telematics easily accessible for fleet managers and vehicle leasing companies. In the future IoT and 5G connectivity will be key enablers to driverless cars."

In such a rapidly-changing business environment, the most important thing for any business to do is to ensure that it remains flexible and open-minded when it comes to new technologies, attitudes and ways of working. Your people are the lifeblood of your business, and by making sure that you're giving them the best available tools, you can make sure that they stay loyal, committed and productive.

Discover how O2's technology is helping businesses empower their workforce.