The world of work is evolving so quickly, but are we underestimating the role of people? 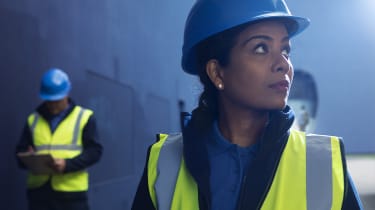 Think back over your working life, and whether you've been employed for five years or 50, the chances are you'll be able to point to some massive changes over your career. Slack the workplace chat software that has all but killed off internal emails for many companies has only just celebrated its fifth birthday. Going back further, the iPhone is now 11 and we didn't even have our first BlackBerries until the turn of the century, let alone the cloud, video conferencing or 4G.

The one constant in all of this, of course, is people. The companies doing the most impressive things from meditech to media, are the ones that really understand the simple truth, that without their employees, they couldn't create a thing. For all its benefit, technology is at its best when it enables people to be creative, happy and more productive whether that's in a startup, small business or multinational corporation.

The best innovations and innovators have always understood this, and nowhere is this more obvious than in communications. From the first electric telegraph in the 1830s, via Alexander Graham Bell patenting the telephone in 1876 to the first mobile phone 97 years later, the aim was never to replace humans, but to make them as efficient as possible, cutting out vast periods of downtime while people waited to meet in person. Of course, efficiency is hard to maintain if you don't also have comfortable working environments, and for that reason we can be eternally thankful to Thomas Edison (the electric lamp, 1880), Willis Carrier (the air conditioner, 1906) and the accidental invention of the microwave oven (Percy Spencer, 1945).

But it's not until you get into the last quarter of the 20th century that things really kick up a notch for the workplace. In 1976, Steve Jobs and Steve Wozniak created the Apple I computer a device so influential that it now sells for around 560 times its original RRP. IBM followed with its own personal computer five years later the same year that the first patent for flash memory was filed. This advance, which allowed computers to store information when switched off, would prove transformational. 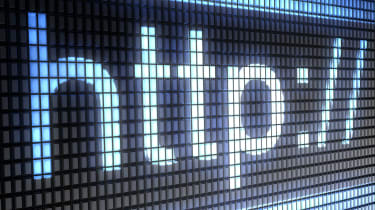 Though not quite as transformational as what followed in 1989: the World Wide Web. Over the next three decades, innovation via the web and internet would duly kill off the fax machine and Ceefax while leaving record shops, letters, libraries and newspapers looking mortally wounded. The smartphone revolution that accelerated with the iPhone (2007) has cemented this. We are always connected, all the time, letting us be more productive than ever.

Power to the pocket

The fact that we're all carrying around pocket-sized devices that are millions of times more powerful than the computer that got humans on the moon has led to a revolution in the way we do work. Take the police force: not only has technology helped streamline the apprehension of criminals (you try setting off on a high-speed car chase without the internal combustion engine), but in terms of efficiency and collaboration.

Recently leading digital service provider O2 undertook a trial with two police forces where 3,000 officers were equipped with handheld devices preloaded with apps that let officers consolidate information from 35 different systems, allowing easier collaboration, faster reporting and a reduction of errors. The force estimates that the scheme resulted in approximately two hours' less admin per officer per shift, giving them more time to focus on the communities that need them. And for another police force O2 Gateway provides redundancy and resilience through secure networks with CAS(T) certification, and coverage where it is needed. This means the force can coordinate work, provide and retrieve information and organise their resources efficiently, while maintaining the highest possible levels of security and personal safety. 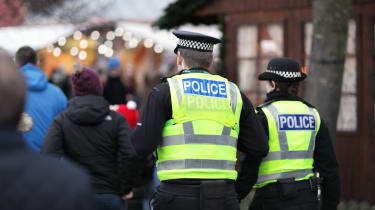 Whilst these two stories from separate police forces show innovation, people from any walk of life benefit from improvements to technology of course. For a top clothing retailer growing rapidly around the world, O2 provided a fast, agile communications infrastructure that could keep all its people connected, anywhere, any time. But what drove the success of the chosen solution was O2's focus on how people worked, and integration with existing technology and working methods.

What the future holds

The kind of improvements people are seeing would have been unimaginable just five years ago, so what sort of thing might be around the corner? There are plenty of possible scenarios: think of a world where every single LED lightbulb can connect you securely to the internet. The technology powering this smart lighting which could sit in your home, your office, the city streets you walk down already exists. O2 has installed Li-Fi' for tests and trials at its Explore Room in Slough, turning LED lights into high-speed wireless access points. Given that the IoT is expected to have 20 billion devices by the year 2020, outgrowing existing networks' ability to connect them, Li-Fi may prove to be part of the solution to meeting this surge in demand. Worrying about losing your connection while working on the move could soon be a thing of the past.

Given the amount of progress we've seen in the last 30 years, it wouldn't be surprising if the world of work was unrecognisable in another 30, but for now it's worth focusing on where we are right now: the sweet spot where people are using technology to achieve significant productivity gains and collaboration has never been easier.

Discover how O2's technology is helping businesses empower their workforce.