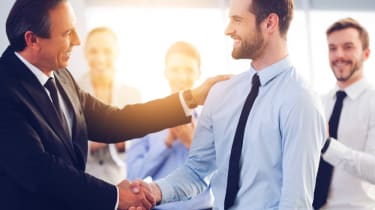 Fresh concerns have been raised about the state of diversity in the tech industry following the release of a scathing report that showed the overwhelming majority of funding for startups was being handed to all-male founding teams.

Investors were found to have committed 93% of all start-up funding to teams founded entirely by men during 2018, with all-women founding teams comprising just 2% of all investment. Those startups made up of both men and women received just 5% of funding.

The figures, released in Atomico's latest 'State of European Tech' report, are relatively consistent on previous years' findings, with the 93% statistic actually representing an increase from a recorded 92% in 2013. Moreover, this pattern is also seen in terms of deals made, with 85% of total deals in 2018 involving all-male founding teams versus 5% for all-female teams a statistic that has again remain unchanged for the previous five years.

Francesca Warner, co-founder of non-profit organisation Diversity VC, said she was encouraged to see diversity increasingly appear on tech firms' agendas but that no meaningful change had been made when it came to supporting early development.

"Lack of diversity is driven by a combination of factors that affect the pipeline of talent in STEM subjects, the availability of diverse role models, access to expertise and capital, social mobility and a range of other issues.

"Europe is not necessarily tangibly better or worse than other tech hubs however, given that Europe is such a diverse range of geographies and people this should be a key strength."

Atomico also analysed press coverage surrounding diversity and inclusion, finding that while its importance has "unquestionably gained an elevated prominence in the news narrative", the topic paled into insignificance compared with other issues.

Between 2017 and 2018, four times the number of articles from European news sources were published on fundraising (43.6%) versus diversity and inclusion (10.6%), while 11.9% of all news content was devoted to cryptocurrency and blockchain technology.

Atomico's research only reinforces previous findings and statistics which point to a diversity crisis concerning both female and BME participation in the tech industry.

For instance, the number of women learning computer skills in the UK slumped by a third in the last few years according to Makers Academy findings published in September. The software programming course provider said the number of young women taking computing or ICT GCSEs fell from 52,835 in 2014 to 35,103 in 2018.

There have also been a handful of high-profile controversies in major tech companies in the last year, including a recent walkout by 200 Google engineers in protest at the firm's alleged handling of sexual misconduct.

There are, however, several initiatives being run to further the cause of women in tech, such as the government-backed TechTalentCharter, an initiative that aims to align UK tech firms to a voluntary code of practice.

Similarly, a consortium led by UK tech organisations such as Tech Nation announced this summer it would raise 15.1 million to invest in the tech industry with the aim of doubling female and BME-founded startups.