Understanding the power of data science

There is no danger anytime soon of a data drought, but how do we make effective use of what we have? 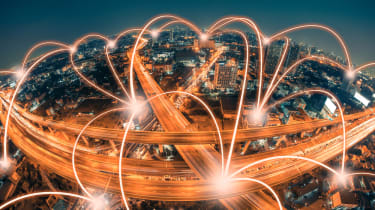 Organisations of all sizes and in every sector are undergoing phenomenal transformations. Some of this is as a result of innovation and disruptive pushes and some is as a result of those businesses wanting to think ahead and position themselves for future success.

Underpinning all of these changes is the concept of data-driven digital transformation. Companies are utilising technologies like AI and machine learning and delivery and consumption models such as the cloud to shake things up and create a new normal.

In a world that is constantly evolving, analyst firm Gartner suggests organisations embrace a ContinuousNEXT' ethos so they're essentially changing at more or less the same rate, too. In the context of digital transformation, this adaptability is key.

"The transition to digital is undeniable and accelerating, disrupting both government and business models. These new models redefine the way organisations create, deliver, and capture value. They are challenging the way CIOs operate, bringing new mindsets and new practices to IT," said Mike Harris, executive vice president and global head of research at Gartner.

The majority of the data that exists in the world today was created in the last couple of years. Add to this our thirst for social network data and always-on connectivity with some 31 billion devices expected to be connected to the IoT by 2020, for example and the ability to manage this information deluge in some way becomes more than apparent.

This big data problem is also an opportunity. As organisations store more and more data, both unstructured and structured, it all needs to be analysed, made sense of and where applicable stored so it can be used to power intelligent and informed business decisions.

Given the vast amount of data being collected, consumed and digested, many buzzwords have been put forward as a coverall for discussion. Some of them aren't fit for purpose, but many of them are, such as James Cook University's (JCU) talk of the open data movement.

"Data sets can now be purchased and utilised for a variety of means. Corporate data, in particular, has become increasingly commercialised, with businesses popping up everywhere offering to collect, disseminate and store a vast array of information," JCU wrote in a recent blog post.

"This has not been without its backlash. Since the recent Facebook furore, consumers have become particularly concerned about who is using their data, and for what purpose. While this type of data is separate from the types of open data being made public, it contributes to the ongoing discussion about which data aids transparency, and which begins to violate privacy."

Enter the role of the data scientist. A data scientist role is seen as: "critical for organisations looking to extract insight from information assets for big data' initiatives and requires a broad combination of skills that may be fulfilled better as a team," according to Gartner.

In 2012, Thomas H. Davenport and D.J. Patilthe, in a Harvard Business Review article, described the role of the data scientist as "the sexiest job of the 21st Century."

That's quite a bold statement to make but it certainly seems to ring true now more than ever. The article continued: "More than anything, what data scientists do is make discoveries while swimming in data. It's their preferred method of navigating the world around them.

"At ease in the digital realm, they are able to bring structure to large quantities of formless data and make analysis possible. They identify rich data sources, join them with other, potentially incomplete data sources, and clean the resulting set. In a competitive landscape where challenges keep changing and data never stop flowing, data scientists help decision makers shift from ad hoc analysis to an ongoing conversation with data."

Sign me up: How to become a data scientist

The demand for data scientists currently outstrips the supply. And the numbers on the demand side are on the rise, widening the gulf every day. Indeed, it is predicted that Europe will require an additional 346,000 data scientists by 2020, according to IT Pro.

"If capitalising on big data depends on hiring scarce data scientists, then the challenge for managers is to learn how to identify that talent, attract it to an enterprise, and make it productive. None of those tasks is as straightforward as it is with other, established organisational roles," the HBR article continued.

"There is also little consensus on where the role fits in an organisation, how data scientists can add the most value, and how their performance should be measured."

It's this continuing skills gap, coupled with it being a highly specialised field that ensures those in such roles can command large salaries. According to Glassdoor figures from November 2018, the average data scientist can expect to earn 42,000, with a high of circa 70,000.

The HBR article also cited the lack of professional qualifications particularly at degree level and beyond as a reason behind the lack of individual interest in the field and the resultant dwindling pool of relevant applicants for such roles.

But, fast-forward to 2018 and that educational element, at least, has changed.

JCU, which is one of the top 2% of universities globally, launched a Master of Data Science programme at the end of 2017. 100% online, this postgraduate degree is delivered by leading experts and academics in the field, for professionals who recognised the power of data and number, looking to progress their career.

Where next for data science?

UK business leaders are "encouragingly bullish" about their resource needs when it comes to data science and analytics, according to Mark Williamson, partner and head of the people consulting practice at KPMG in the UK.

"This sends a powerful message to the world that UK business leaders can see past market uncertainty and are focused on future-proofing their operations," he said in an IT Pro article.

"They are embracing digital disruption and are confident in the potential for automation to create jobs in the near future. The rise of the data scientist is clear evidence of this sentiment and shift in priorities within UK boardrooms."

However, like most roles related to science, engineering and technology, automation will play an increasing role in the future.

By 2020, Gartner predicts that more than 40% of data science tasks will be automated.

"Most organisations don't have enough data scientists consistently available throughout the business, but they do have plenty of skilled information analysts that could become citizen data scientists," said Joao Tapadinhas, research director at Gartner.

That's not to say that data scientists will become redundant or less respected, it's just the dynamics of what the role compasses will change. Indeed, Gartner suggests the increased focus on automation here will lead to a boost in productivity as well as so-called citizen data scientists making broader use of data and analytical capabilities.

These data scientists will bridge the skills gap for many organisation, further highlighting the current opportunity for people to upskill. Evolving legislation, such as GDPR, also shows the need for all concerned to keep on their toes.

"Access to data science is currently uneven, due to lack of resources and complexity - not all organisations will be able leverage it," added Tapadinhas.

"For some organisations, citizen data science will therefore be a simpler and quicker solution - their best path to advanced analytics."

The technology landscape is ever-moving so, while being skilled enough to obtain the job title of data scientist is a good thing, it is purely a foundational aspect. Both individuals and the wider organisational stakeholders need to engage in lifelong learning to ensure their knowledge and skills continue to remain relevant.

"Conventional economic theory suggests that workers who undertake further study are able to realise higher wages in the labour market. From a human capital perspective, education is an important determinant of the overall productivity of labour, which is then reflected in the wages paid to individual workers," according to a Deloitte study on the future of work in relation to data science.

"The knowledge and skills derived from education represents an increase in human or intellectual capital, leading to more productive workers who are financially rewarded for their increased efficiency. Furthermore, signalling theory suggests that further study can be a means for individuals to signal' their capability to employers, as more capable individuals may be more successful in completing their education."

Discover more about James Cook University's Master of Data Science degree and find out how to enrol here.