With data breaches on the rise and GDPR forcing most companies to change tack, 2018 is a year that many will be glad to see the back of 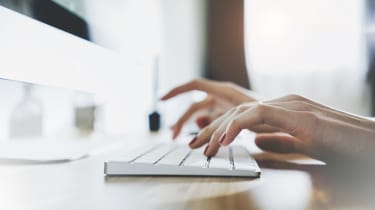 "2018 was a year that forced industry introspection more so than any other and to some extent, we knew it would be.

"We knew that 25 May would be emblazoned with a red circle in the business calendar, that dreaded GDPR deadline that forced organisations to reexamine their attitudes to user data, and the systems that processed it. It's the biggest shakeup to data protection regulations in 20 years, and we've already got our first investigations into data misuse under the new rules.

"What we didn't know was that the year would start with the discovery of a processor exploit on a staggering scale. While Meltdown and Spectre were perhaps the most widespread of processor flaws we've ever reported on, there was a silver lining. It was an instance of rival companies collaborating in order to fix an industry-wide exploit, one that was celebrated by those involved and will hopefully serve as an example of what can be done when people work together.

"Unfortunately, Facebook's abysmal year has also made users think about the data they share online, and I'm certain companies will be quietly tweaking their own services to ensure they are as customer-friendly as possible. It served as a harsh reminder that the biggest companies in the world are where they are because they're able to exploit data these sort of practices are not supposed to be public knowledge, and when they're exposed, executives begin to grovel.

"While I certainly wouldn't celebrate the death of Facebook (as many businesses rely on it), a change of culture is needed, which begins with a new CEO."

"The past year has been a dramatic one, to say the least, and it's been marked by a slew of public sector IT calamities that expose the cracks in government attitudes to technology. Not only did we witness both the US and UK governments thoroughly failing to adequately address the outbreak of widespread information warfare, but the Cambridge Analytica scandal also gave us a glimpse into just how dangerous mass data collection can be if put to use by the wrong people.

"On a lighter note, one of the year's most surprising twists was AMD's return from virtual irrelevance to become a notable force in the data centre market once again. The company's EPYC server chips have been giving Intel a run for its money, offering high core density at attractive prices and its new Rome architecture promises impressive improvements.

"With cloud migrations and IT upgrades happening all over the world, at companies of all sizes, one of the biggest stories of 2018 highlighted the dangers of leaving legacy systems behind.

"For TSB bank, 2018 is a year they'll want to forget as an outage reported in early April ran on and on, affecting customers, causing world-wide embarrassment and costing CEO Paul Pester his job.

"The UK bank botched an IT migration when it separated from Lloyds Banking Group's systems, suffering a mega outage which left many of its customers locked out of online services for a week at the end of April.

"The issue was repeatedly brought up by the government, IBM couldn't sort it out when it was drafted in and customers were still reporting problems in the winter months. But, the biggest issue, and arguably the part most companies need to learn from, is that throughout all of it, TSB remained mistakenly optimistic."

"With the threat landscape becoming increasingly volatile and complex, organisations, firms and nation states alike have begun to accept an attack on their crucial systems is a matter of when - not if.

"The National Cyber Security Centre's (NCSC) chief executive said as much in January, referring to a hypothetically inevitably' cyber attack on critical UK infrastructure. And this is a sentiment expressed by business leaders and IT chiefs in conversations with IT Pro in the 12 months that followed.

"Cyber cock-ups, meanwhile, are just as likely to be the cause of security breaches as malign activity, with notable examples in the last year including the UK government accidentally leaking counter-terrorism tools via an unguarded Trello board. And look at West Ham, which accidentally leaked supporters' personal information by CC-ing them into a mass email.

"Sure, there's been a sharp rise in the complexity of threats businesses face - AI-infused malware, and multilayered botnets to name a couple. But what 2018 showed was that no matter how protected you may be against external threats, without proper security training the biggest threats may often come from inadvertent slip-ups within."