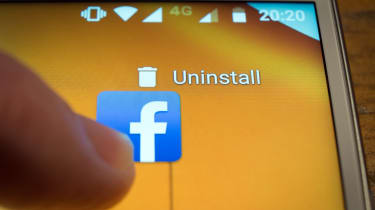 The average person would need to be paid more than $1,000 (~790) in order to deactivate their Facebook account for a year, according to recent research.

The study, published in scientific journal PLOS One, found that the social network is still extremely valuable - not just in terms of its share price, but to its users as well. "Our results provide evidence that online services can provide tremendous value to society even if their contribution to GDP is minimal," the researchers wrote.

In order to test how much Facebook's users valued it, researchers conducted auctions in which participants submitted bids of how much it would take to get them to deactivate their account. In order to prevent strategic bidding, the auctions were conducted using the 'second-price' method, where only the second-highest (or in this case second-lowest) bid would win the auction.

Two groups of college students and one group of adults were tested using these auctions, with all three groups numbering between 122 and 138 people. One group of students was asked how much it would take for them to quit Facebook for one day, for three days, and for one week, extrapolating from their answers to find out how much it would take to get them to quit for one year. The other two groups were asked for the annual figure outright.

In all three cases, the average annual figure was over $1,000, ranging as high as $2,076 for one of the student groups. Unsurprisingly, the adults proved more willing to give up the social platform, with an average bid of $1,139 for the year. Even so, this means that these users would need to be paid almost $100 per month before they'd sacrifice their Facebook accounts.

The researchers also tested a separate sample of 931 users via Amazon's Mechanical Turk platform, which yielded an annual average of $1,921 - although the researchers did not check whether the winners had deactivated their accounts following the auction.

The news of Facebook's enduring popularity may come as a surprise to some; the company has spent the past year mired in a series of seemingly never-ending scandals over issues including data privacy, leadership struggles, information warfare and more.

"Concerns about data privacy, such as Cambridge Analytica's alleged problematic handling of users' private information, which are thought to have been used to influence the 2016 United States presidential election, only underscore the value Facebook's users must derive from the service," the researchers stated.

"Despite the parade of negative publicity surrounding the Cambridge Analytica revelations in mid-March 2018, Facebook added 70 million users between the end of 2017 and March 31, 2018. This implies the value users derive from the social network more than offsets the privacy concerns."