The PC market recorded its worst-performing quarter since Q3 2016, but saw positive signs in Western Europe 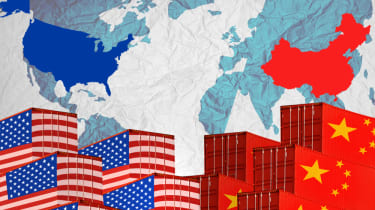 Analysts have blamed the escalating US-China trade war and a CPU shortage for a sharp year-on-year decline in global PC shipments in the fourth quarter of last year.

Despite signs of optimism in the latter half of 2018, the market suffered its worst quarter in more than two years (Q3 2016) over the previous three months, according to IDC research, with PC shipments falling 3.7% year-on-year.

Fellow analyst firm Gartner's preliminary figures for Q4 2018 painted an even bleaker picture as the firm recorded a 4.3% decline since the same period in 2017, suggesting the fall was brought on by a CPU shortage which, in turn, created supply chain issues.

"The impact from the CPU shortage affected vendors' ability to fulfil demand created by business PC upgrades. We expect this demand will be pushed forward into 2019 if CPU availability improves."

"The ongoing economic tensions between China and the United States continue to create a lot of uncertainty in the business environment in China," Gornicki said.

"As demand for Chinese products in the US drops, this particularly impacts businesses of all sizes from the manufacturing sector in China, which, in turn, translates to a drop in IT purchases by these companies.

"As a result, the PC market in China is expected to suffer bigger declines throughout the year. And if the trade war escalates further, we should expect spillover of the impact to other countries, particularly due to the expected fluctuations of the exchange rates impacting businesses across the region."

Lenovo was by far the best-performing manufacturer, according to Gartner, as it was the both the fastest growing year-on-year, 5.9%, and best-selling, moving beyond HP to claim number one position in the global rankings.

Dell and HP remained relatively stagnant and Asus and Acer suffered rather significantly in Q4 2018 compared with the period last year.

Apple, which recorded a year-on-year decline in market share from 7.2% to 6.9%, also blamed its revenue decline on the ongoing US-China trade war. It also recently announced that it intends to cut iPhone production by 10%.