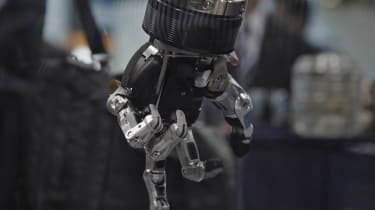 A rise in the minimum wage could lead to job losses as employers turn to automation to save costs, according to the latest research.

A report from the London School of Economics, which analysed the impact of minimum wage policies on automation, suggested manufacturing jobs are most likely to be under threat from robotics.

The key to managing this trend is to balance the need for higher wages with a realistic outlook on the impact of advancing technologies.

The research has been partly funded by the Low Pay Commission and its Commissioner Professor Sarah Brown said: "The research we commission is vital for our understanding of the effects of the minimum wage rates we recommend.

"Over the last 20 years, our commissioned research has helped us to successfully fulfil our remit of raising pay for the lowest-paid without causing unemployment."

There is a suggestion with the report that, although many will feel they need more than the minimum or living wage, any significant rises may price them out of work as automation becomes more affordable.

The hourly rate for the minimum wage depends on your age and whether or not you're on an apprenticeship scheme. If you've left school and are under 18, you'll receive the National Minimum Wage of 4.20. For those aged 18 to 20 the minimum is 5.90 and 21 to 24 is set at 7.38. Over 25's should earn a National Living Wage of 7.83, but all these brackets are to increase in April of this year.

Often stories of automation simply focus on the tech itself, which is not the problem. Last year, during the Toronto film festival, a documentary called The Truth About Killer Robots painted a bleak picture of automation in the hands of businesses first organisations.

The documentary used the example of truck drivers in the US, whose jobs are slowly being diminished and moved to automation. It's a case of being bound by a market where it's easier and cheaper to use machinery than people.

According to Gartner estimates, 60% of organisations that have a revenue of more than $1 billion will deploy robotic process automation (RPA) software tools by the end of 2018, with 85% likely to deploy some form of it by 2022.

"The growth in adoption will be driven by average RPA prices decreasing by approximately 10% to 15% by 2019, but also because organisations expect to achieve better business outcomes with the technology, such as reduced costs, increased accuracy and improved compliance," said Cathy Tornbohm, vice president at Gartner.