Firms are failing in their endeavours to innovate, but the reason why isn't one of the usual suspects... 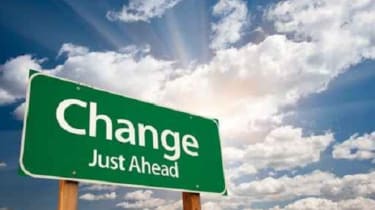 Poor leadership, a lack of structure and focus, and ultimately an unwillingness to cultural change, is preventing businesses from truly enjoying the benefits of innovation.

So claims research commissioned by Oracle, which surveyed more than 5,000 businesses with revenue ranging from 1 million to 500 million+, across a variety of sectors.

The research, which is detailed in a report entitled Having a successful innovation agenda, found that one-third of firms feel overwhelmed by the sheer volume of innovation-led projects going on in their organisation.

Meanwhile, roughly one-fifth of research participants blamed a lack of business commitment, shoddy or non-existent processes, lack of vision, and underinvestment in the right technologies for hampering their ability to join the dots between innovating and business success.

As a result, these organisations are seriously missing out on business growth opportunities, as proven by the fact that 85% of firms who are growing significantly attribute their expansion to investment in innovation.

The real crux of the issue, however, is the fact that all of the hampering elements combined boil down to cultural change or the lack thereof, according to John Abel, vice president of cloud and innovation at Oracle in the UK, Ireland and Israel.

"There's the cultural challenge of innovation Are we culturally fit for where we need to go? If you look at the experience you create with innovation, that's also important. Cultural challenges and customer challenges around experience are critical. The only way to control it is to innovate at a pace and prove very quickly whether you have something that's worth investing in," he said.

"When you start with innovation you're hitting a headwind. When you're trying to pivot, it's like going up a river with a full torrent of waves coming towards you. It's hard going and you're going to get very wet.

"So you've got to have exec buy-in. You need the commitment if the org wants to pivot. The minute you lose that it's a bit like getting hit by a superwave. You get knocked over or lose the power to keep going up the river."

Organisations must ask themselves whether they're culturally ready for the changes that are required, Abel said, adding that the political elements of how the business runs must then be addressed.

"If you keep innovation on the edge, it becomes an isolated function. If you embed it across every single team, then the things that you've been famous for in the past that fuel the revenue engine, you might lose focus on. Different models mean different outcomes. So you need to have the politics in mind," he said.

It also takes brave leadership to convince other business stakeholders they need to innovate and change when they are already a leader in a specific market, according to Abel.

He concluded: "Then you have the religious debate about technology selection. So it's culture, politics, religion that are some of the challenges which mean people struggle with that innovation pivot."