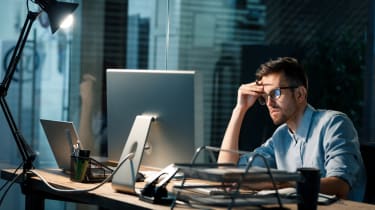 A survey of chief information officers (CIO) has revealed that a significant number feel unfulfilled in their roles due to conflicting internal politics.

The findings come from 'Nowhere to hide: UK CIOs and the age of digital change', a Citrix report that quizzed 400 CIOs about factors that influence their performance, the longevity of their role and the state of digital transformation within their organisation.

A significant number felt their work was unfulfilled, saying they were held back by internal politics and workforces resisting change. Only 42% of CIOs believed they had "fulfilled their visions" in previous roles and 53% felt they only achieved some of their goals.

The statistics alone don't really reveal much about the current state of digital transformation, but the reasons why CIOs feel this way offers a glimpse into the challenge both they and organisations face in the digital age.

The top three factors that CIOs suggested were holding them back were internal politics, old ideas and ways of working that are "immune to criticism" and tight budgets. While many businesses and organisations will undergo a digital transformation, the people in charge of overseeing that change have a broad remit and are tasked with training and encouraging workforces to try new methods. This is all within the constraints of a budget set from a higher authority that's keen to see an immediate return on their investments.

"CIOs need patience, backing and autonomy from the board in order to turn their vision into a reality," said Darren Fields, Citrix regional director for UK & Ireland.

"Many feel hamstrung by the infrastructure they inherited and report being denied the time and organisational structure to put it right, resulting in them leaving their roles without having achieved what they'd set out to do. This results in a 'CIO cycle' which can leave businesses uncertain on their digital strategy, holding back productivity, restraining growth and putting businesses under increasing threat from competitors."

Many of the CIOs questioned also didn't feel they had the time to fully implement their ideas, with 51% saying they spent less than five years in their previous roles and 48% anticipated they'd spend a similar amount of time in their current roles.