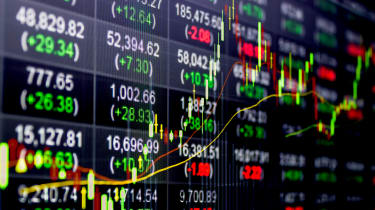 A senior Apple lawyer entrusted to oversee the company's safeguards against employee insider trading has been charged with using confidential information to illicitly earn more than half a million dollars.

Gene Levoff allegedly used information about prospective movements in Apple's share price to earn more than $600,000 between 2011 and 2016, according to the US Securities and Exchange Commission (SEC).

Levoff, who was fired from his post as Apple's senior director of corporate law last September, was tasked with ensuring the firm's employees themselves didn't violate US insider trading laws.

But in court filings submitted yesterday, the SEC accused Levoff of making a series of illegal trades during his time with the company that led to profits of $227,000 and avoiding losses of 377,000. These trades amount to violations of the 1934 Securities Exchange Act.

"Levoff was an insider who owed a duty of trust and confidence to Apple and its shareholders not to trade on the basis of material nonpublic information that he learned through his position at Apple," the filings said.

"Further, as a member of the core group of senior Apple insiders entrusted with material nonpublic information, and as an attorney with a sophisticated understanding of securities and corporate law, Levoff knew, or was reckless in not knowing, that he had a duty of trust and confidence to the company and its shareholders."

As part of his role, Levoff set the criteria for employees, himself included, who were restricted from trading around quarterly earnings announcements. He was also party to non-public information about Apple's financial results as part of the company's Disclosure Committee.

He was, therefore, able to make profits and avoid losses on such a scale by buying and selling Apple stock in light of information that Apple's share price movement before this was made public.

For example, on at least three specific instances between 2015 and 2016, the SEC alleges, Levoff profited and avoid losses of approximately $382,000.

On one occasion, in July 2015, he was tipped off that Apple would miss analysts' estimates for iPhone sales, and sold approximately $10 million in Apple stock, ahead of what transpired to be a 4% share price fall. As a result, he avoided losses of $345,000.

Beyond maintaining Apple's procedures, including a 'blackout' around the time financial results were released, the SEC outlined how Levoff personally sent memos to employees warning against engaging insider trading despite insider trading at that time himself.

For example, Levoff sent an email to Apple employees explaining that a blackout period would last from 1 March 2011, and remain in effect "until 60 hours after earnings are released in April 2011".

The email written in all-caps stated: "REMEMBER, TRADING IS NOT PERMITTED, WHETHER OR NOT IN AN OPEN TRADING WINDOW, IF YOU POSSESS OR HAVE ACCESS TO MATERIAL INFORMATION THAT HAS NOT BEEN DISCLOSED PUBLICLY."

The SEC identified two such occasions in 2011 on which he sent such emails immediately prior to insider trading.

"Levoff's alleged exploitation of his access to Apple's financial information was particularly egregious given his responsibility for implementing the company's insider trading compliance policy," said the SEC's associate director of enforcement Antonia Chion.

"The SEC is committed to pursuing insiders who breach their duties to investors."

The complaint charges Levoff with fraud and is seeking the return of his trading profits plus interest, penalties, and a permanent injunction. The US Attorney's Office has also announced criminal charges.

Levoff's lawyer Kevin Marino told CNBC he was reviewing the allegations and looked forward to defending his client. Gene Levoff has denied wrongdoing.