Huawei founder hits back at US ban, claims its tech is "more advanced" 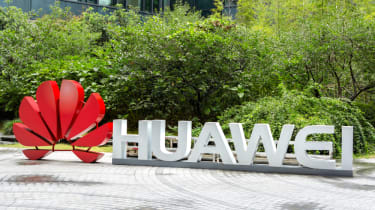 Huawei's founder and president has hit back at American authorities saying "there's no way the US can crush us".

Speaking to the BBC, Ren Zhengfei, in his first international broadcast interview since his daughter and CFO Meng Wenzhou was arrested, dismissed pressure from the US and because of the technology his company produces.

"There's no way the US can crush us," he said. "The world cannot leave us because we are more advanced. Even if they persuade more countries not to use us temporarily, we can always scale things down a bit."

"If the lights go out in the West, the East will still shine. And if the North goes dark, there is still the South. America doesn't represent the world. America only represents a portion of the world."

The light is certainly out in the US, with the company currently facing criminal charges for alleged theft of trade secrets and violating international trade sanctions. But despite the global reach of the States, Zhengfei doesn't believe its enough to fully convince the rest of the world.

It highlights a recent push from the Chinese telecoms giant to keep US-allied nations as customers, most of whom have been warned about security issues posed by the company's ties to the Chinese government. Last week, the company posted an advert in a New Zealand publication appearing to compare its significance in 5G technology to rugby's All Blacks - the country's national team.

Huawei also wrote to UK MPs to dispel security fears, outlining a five-year plan to adapt its infrastructure. Despite plenty of criticism from the UK and other European countries, there's evidence to suggest that Ren is right and its technology may be too advanced to ignore. On Monday, the UK's National Cyber Security Centre suggested that any security issues in the company's technology might be easily manageable.