Demand for IT Professionals increasing by nearly a third

Loads of jobs heading for North-West of England 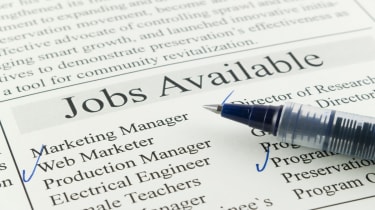 Demand for IT professionals in the UK has increased by 28% year-on-year, according to the Association of Professional Staffing Companies (APSCo).

The organisation said that the demand was to be somewhat expected given the huge emphasis employers across all sectors have been placing on both digital transformation and security. This is in line with research by analyst firm Gartner, which said spending on cyber security in 2018 stood at $114 billion and is predicted to reach $124 billion in 2019.

The data also showed that the Technology, Media and Telecoms (TMT) sector saw advertised roles rising by 24%, followed by Financial Services. The growth within the TMT sector is in keeping with the 2018 Tech Nation Report which revealed that the tech industry is expanding 2.6 times faster than the rest of the UK economy - it is now worth almost 184 billion, up from 170 billion in 2016.

The figures also show the companies that advertised the most vacancies throughout 2018. Barclays Bank topped the list with 3,902 roles, an increase of 16% year-on-year, followed by HSBC, which advertised 3,497 positions - up 11% from 2017.

While vacancy numbers in London were the highest of all regions, other areas outperformed it in terms of year-on-year growth. The North West and the East Midlands both performed well with advertised positions rising by 25% and 18% respectively.

Ann Swain, chief executive of APSCo, said that the increase in vacancies recorded throughout the past 12 months is a "real indicator of the robust nature of the professional staffing sector".

She added: "The latter months of 2018 saw many companies put the brakes on hiring due to Brexit uncertainty, however, our conversations with members reveal that while caution is the order of the day, most are optimistic that the professional recruitment market will remain as resilient as ever throughout 2019."

James Chaplin, CEO of Vacancysoft, which compiles the report for APSCo, said that while it would be remiss to suggest that Brexit won't impact vacancy levels in some areas over the next few months, he has "no doubt that several sectors will continue to perform exceptionally well."

"The increased use of technology to combat cybercrime will no doubt mean that professionals with niche skills sets in this area will be in acute demand, for example," he added.