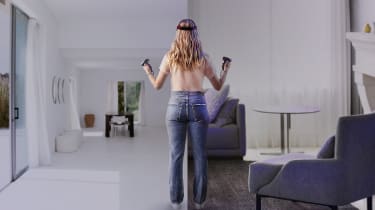 Facebook is expecting to launch an Oculus Quest and Oculus Go Enterprise edition later this year, according to a job listing posted by the company last week.

The listing, which has since closed, describes plans to incorporate virtual reality and augmented technology into the enterprise.

"This effort encompasses everything from hardware integrations, software platforms, enterprise-developer ecosystems and SDKs, SLAs, and more," the listing reads. "Are you excited about how VR and AR can change the future of work? Join us to make it a reality."

The position is for a software engineer. Its responsibilities include designing and developing enterprise features and VR frameworks. The description also notes that the job recipient must "ensure security and privacy concerns remain a top priority and are identified and addressed".

This is not Facebook's first foray into virtual reality. It purchased Oculus, a virtual reality headset maker, for 1.2 billion in 2014. It had previously focused on Oculus for Business, which served as a way for companies to purchase products in bulk.

A company spokeswoman told Variety "the enterprise edition products will be part of its existing business offerings".

This new position could signal Facebook's entry into the enterprise virtual reality market. In 2015, the company announced its development plans for a number of virtual reality apps, having previously acquired the Oculus Rift headset back in 2014

With the upcoming Oculus Quest could be the stepping stone into virtual reality that businesses could use to make use of a rather niche area of technology.

The Oculus Quest handset is completely stand-alone, so it can be used without a PC. It's priced at $399 and is set to be released this spring.