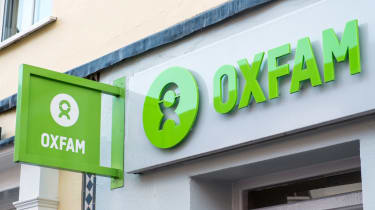 Technology companies have been criticised for failing to provide enough support to charity organisations attempting to undertake digital transformation projects.

A report by software firm Advanced said companies are not compassionate enough about the sectors' budget restraints and lack resources, meaning they're often left behind private sector organisations.

"Charities and membership organisations are trailing behind in digital transformation through no fault of their own," said Mark Dewell, managing director at Advanced. "They too face the daily pressures of running an organisation and the demands to grow an always-on digital community.

"This is without even considering the external factors they have to juggle, like the growing cyber security threats and data privacy laws like the General Data Protection Regulation (GDPR)."

The majority of surveyed charities (79%) said that the cost of IT upgrades is the primary reason for delaying the upgrade of critical systems, forcing them to rely on outdated infrastructure. It was also found that 55% of charities are unable to access accurate, real-time data to support decision making, which was lower than any other sector surveyed.

"Not-for-profits can't move ahead with digital projects alone, yet little support exists especially for small to medium, lower income charities which make up a large majority of charities in the UK," Dewell said.

"The technology industry is blindsided by big corporates with big budgets, which leaves many charity and membership organisations believing that investing in IT is out of their reach."

Despite charities failing to migrate to modern infrastructure, the majority understand the benefits of cloud technologies, for example, need added support when rolling out digitised strategies, something that's not always necessary for technology firms dealing with larger corporations.

"Increasingly, charities are recognising the benefits the cloud, be it public or private, offers in terms of meeting the need for digital engagement, Dewell added.

"We are seeing the same among membership organisations too. So, if the appetite is there, why aren't cloud providers stepping forward to offer help? It's up to the technology industry to show them how the cloud can transform every aspect of engagement whether that be with donors, supporters, members, volunteers or employees."