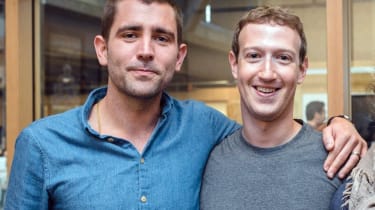 Two of Mark Zuckerberg's top Facebook executives have left the company days after the CEO's announcement to incorporate its messaging services found in its main social network and WhatsApp and Instagram into an interoperable encryption-centric message service.

Chief production officer Chris Cox and VP of WhatsApp Chri Daniel's have both announced their departures from the social networking company, but with minimal details.

The news was first announced by Zuckerberg himself, with an internal message later made public. In the post, he reiterated his plans for its apps, Facebook, WhatsApp, Instagram and Messenger, which he said was centred around making private messaging, stories and groups the foundation of the experiences, including enabling encryption and interoperability across the services.

"I'm sad to share the news that Chris Cox has decided to leave the company," Zuckerberg said. "Chris and I have worked closely together to build our products for more than a decade and I will always appreciate his deep empathy for the people using our services and the uplifting spirit he brings to everything he does."

Zuckerberg said he and Cox had been discussing his desire to leave for a few years, adding that Cox was one of the most talented people he knew. The reason Cox didn't jump ship sooner, according to Zuckerberg, is due to events in 2016. He didn't expand on the reference but said that he and Cox had "too much important work to do to improve our products for society", perhaps referencing Facebook's indirect influence on the US presidential elections.

Cox had been with Facebook since 2005, where he began as an engineer, building the site's original News Feed and first HR team. He swiftly rose up the ranks leading products and design teams, before being placed in charge of overseeing the strategy of the company's family of apps.

Similar to Zuckerberg, Cox announced his departure without fully explaining the reason why, but he did reference the new direction the company is taking, saying that it will require "new leaders".

"As Mark has outlined, we are turning a new page in our product direction, focused on an encrypted, interoperable, messaging network," Cox posted on Facebook. "It's a product vision attuned to the subject matter of today: a modern communications platform that balances expression, safety, security, and privacy. This will be a big project and we will need leaders who are excited to see the new direction through."

Cox was seen as one of Zuckerberg's most trusted lieutenants, and a popular leader within the social network, whereas Daniels had a more controversial stint with the company. Initially, Daniels worked on Facebook's internet.org initiative, but he took over WhatsApp last May after its co-founder, Jan Koum left.

Interestingly, Koum quit over a disagreement with the new parent company, Facebook, regarding personal data and encryption. Now, less than a year later its new leader has quit. While at the helm of the messaging app, Daniels announced plans to plans to show advertisements, despite the platform being founded on a promise to never do so.

The departures round off a rocky 24-hours for the company which suffered a global outage to all of its apps for a whole day, followed by reports it faces a criminal investigation into data-sharing deals.