Huawei revenue growth flies in the face of "external pressure" 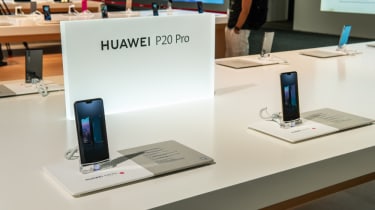 Huawei's revenues have climbed 36% in January and February compared with last year, according to its founder Ren Zhengfei.

This is despite a year of pressure and scrutiny placed on the company by the US, which believes the company has close ties to the Chinese government. Those ties are thought to belong to Zhengfei who served in the Chinese Military and is a former member of the Chinese communist party.

Huawei has always denied the claims and sought to reassure partners and sceptics in Europe that the company is both secure and more advanced than competitors.

Speaking to scientists and experts in Moscow, the CEO of the Chinese technology giant commended his workforce for their internal strength in the midst of external turbulence.

"The fortress is the easiest to loose from the inside," Ren Zhengfei said. "Now the external conditions are bad, the fortress is being strengthened from external pressure. The company is more united and harder, and the energy density is increasing. In January and February, our sales revenue increased by 35.8%, which is a testimony of everyone's efforts."

The external pressure undoubtedly refers to the open hostility from US intelligence agencies. In 2018 the Chinese company faced a relentless backlash in the US with criminal charges brought against it and CFO Meng Wanzhou, while President Trump signed a ban on the government and its contractors from using Huawei hardware.

There was also a call to US allies to block Huawei and initially, there was some traction with a number of European countries and organisations voicing concerns, but these have mostly died down.

But what is most interesting is that Zhengfei didn't specify where that revenue is coming from. While its 5G infrastructure has seen some scrutiny, it's hardware has gone from strength to strength, particularly in Europe. 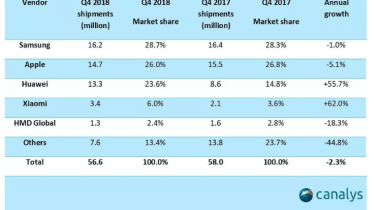 Despite only producing laptops for three years, the company has seen a 335% growth in the area. Even more significant, for smartphones, a market that has shrunk overall Huawei's Mate and P series have grown 55.7% in Europe alone. Only Xiaomi saw more growth, 62%, but it's quite an impressive feat to eat into a market dominated by Apple and Samsung. For Canalys senior analyst Ben Stanton, the situation in America is actually benefiting Europe.

"The political situation between Chinese companies and the US government has benefited European consumers," he told The Verge. "The US administration is causing Chinese companies to invest in Europe over the US. The European market is mature, and replacement rates have lengthened, but there is an opportunity for Chinese brands to displace the market incumbents. The likes of Huawei and Xiaomi bring price competition that has stunned their rivals as they use their size against the smaller brands in Europe."