Leeds is building a tech hub to rival San Francisco 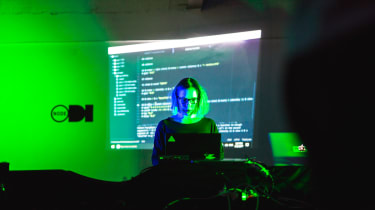 If we're asked to think about prominent digital hubs across the world, one city that doesn't instantly come to mind is Leeds. Even in the UK, higher investment and a broad talent pool means London stands head and shoulders above all else, followed perhaps by Bristol, which has enjoyed a fledgling reputation as a smart city pioneer. The status, in turn, is leading to yet further investment in the city's digital ambitions.

But for two weeks each year, the Yorkshire-based city plays host to more digital events than tech hub San Francisco, with technologists flocking to the city for a series of events and workshops as part of the Leeds Digital Festival. 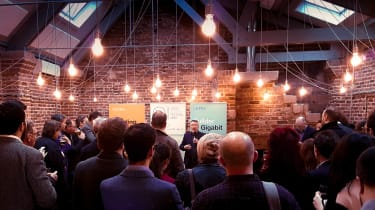 Leeds Digital Festival expects to see around 25,000 people visit the city across the next two weeks

Now in its fourth year, the festival expects to see up to 220 individual digital events and thousands of people pass through the city during a two-week period from 23 April.

The event is designed to highlight the city and wider region's strengths as a digital hub, feeding into the longer-term aim of generating more investment, attracting larger companies, and encouraging smaller Leeds-based businesses to grow. And by now the festival has established itself as a prominent fixture in the calendar for businesses based in Leeds, and across the wider North.

It's some accomplishment considering the first event was hosted in just 2016. At that time, Stuart Clarke, festival director and local business owner, got together with a few others who shared the feeling that Leeds hasn't really celebrated its technology base in the past. There have been some amazing people and companies working out of Leeds, he tells us, so why not find a way to showcase the best in digital the city has to offer?

"What you've got is a real buzz over the fortnight," says Clarke. "People wandering around the city, social media's gone mad, and, just, people felt they belong to something; belong to a city; belong to a community."

Last year the Leeds Digital Festival hosted 170 events across 68 locations across the city. They ranged in tone, audience, and venue, including those hosted from a room above a pub to a much more formalised setting at the offices of accounting giant KPMG.

"We've made it that nobody really owns it, and that's why I think the number of people either taking part as event organisers or attendees has grown year on year. Because people do feel the event belongs to them, to the city, to the sector."

Working together to boost the North

The festival prides itself on the diversity of events and speakers it attracts. These range from a 'code in the dark' competition that sees 25 developers compete in a food-and-drink-fuelled coding contest at night, to a day-long women-in-tech workshop aimed at supporting young women and school students. This is in addition to a number of international delegations that will visit the city centre in the next two weeks - from Estonia to Saudi Arabia, and even a 7km run around the city's tech landmarks to mark the festival. 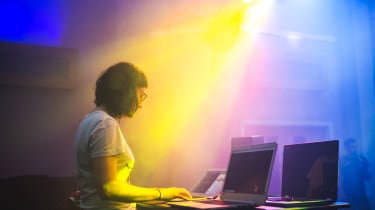 When it comes to deciding which events to host, and how to go about promoting them, the festival director lauds the festival's openness, suggesting there are "no barriers" to taking part. Companies can even sign up right up to the last minute, with organisers and participants helping others to find venues, speakers, and promoting both the festival and individual events.

Clarke sees the Leeds Digital Festival not just as a boost to Leeds, but the North of England as a whole.

"There's often rivalry between cities, and it's often linked to football teams. But I always think a job that's created in Manchester helps Leeds, a job that's created in Newcastle helps Leeds. Because you know it pulls more jobs, more companies more investment, which is key, away from London. And it just gives people opportunities and alternatives.

Fighting against the tide

So why Leeds? Clarke points to a relatively compact city centre, walkable from one side to another in around 15 minutes, and not sprawling like Birmingham or Manchester. "This makes collaboration a lot easier to do".

One example of this in action is four rival digital marketing agencies coming together to put on an SEO event: "They're hoping to grow their pie rather than their own slice of the pie". 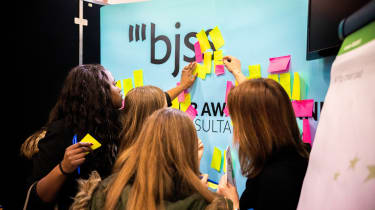 Beyond that, Leeds stands out for its "quality of life". While it's much cheaper to buy housing and rent up there, Clarke explains, the wages in the tech sector aren't that much lower than in London. This means more disposable income for tech workers.

Another big factor is 5G coverage, with Leeds City Council espousing ambitions to become "the UK city with the largest 5G coverage outside London". Putting up a unified front to Whitehall, for Clarke, will be central to achieving aims such as this, who says it's not just about 5G for the sake of 5G. It's about how Leeds can make the most of autonomous vehicles, about how 5G can be used to bring more people into the workforce, and make training more accessible for people.

Leeds, too, is among the most attractive regions for cyber security professionals in the UK, due to the high levels of tech growth potential according to research. In the same study, London ranked 6th. Similarly, it can boast the fact it's one of just six cities that has produced a tech unicorn (a $1 billion company), alongside Manchester, Oxford, Cambridge, Edinburgh and of course the capital. 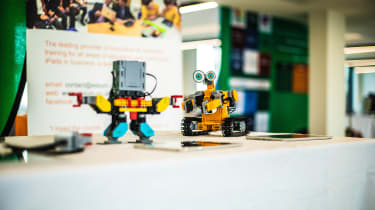 Despite these benefits, a lack of investment in critical areas such as the rail networks across not just Leeds, but the North as a whole, is holding back the city from reaching its full potential.

"As everybody knows the transport infrastructure is pretty poor in Leeds," Clarke says. "I don't know a single person in Leeds who'd rather spend the money on HS2 as opposed to HS3. If you could get from Leeds to Manchester in the 20 or so minutes it should take instead of 55, then that would transform the region."

Companies making a decision to relocate to Leeds do so for a variety of reasons, and another major challenge for Clarke is getting those companies the right support from specific leaders in government. But, he says, there's enough going for Leeds, the broadband infrastructure, in particular, that'll inevitably raise the city's stock. Indeed, the North East and North West were cited as being the most reliable regions for business network connectivity in Global Wireless Solutions (GWS) research released in December.

As for what success looks like, the number of events is important, but so is the quality of events. Clarke says the festival is hosting "some absolutely world-class events with some amazing speakers", which is, in turn, attracting scores more attendees. The goal is to see the number of visitors rise from 20,000 last year to around 25,000 this year.

Leeds Digital Festival is running between 23 April and 3 May 2019.