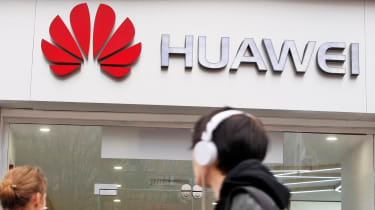 Huawei announced some big numbers in its Q1 revenue report, the most notable of which was the 40 commercial 5G contracts with carriers despite overwhelming concerns and allegations that its technology poses security risks.

Only the United States and Australia have actually banned the firm's tech from forming any part of their national 5G infrastructure while others, the UK included, have raised very real concerns about the security of the network technology. Yet still, the Chinese company manages to continue to secure 5G contracts.

The oft-cited British National Cyber Security Centre (NCSC) report from March outlined why the UK is concerned about the implementation of Huawei's tech in national infrastructure but concerns lie in the firm's software and devices associated with its tech rather than state-sponsored cyber espionage.

A year previously, the same body audited Huawei's telecoms tech and outlined the changes it needed to make in order to meet national security standards but even a year after, Huawei has not made these changes or showed the oversight board "anything to give it confidence in Huawei's ability to bring about change".

Donald Trump's administration's concerns are directly based on the collusion between the company and nation-state. It believes that Huawei, much like how other Chinese companies are legally obliged to, co-operates and shares information with the Chinese government - something that leads the US to think that the company could be used to spy on others.

The speculation has been rife but so far no evidence has been revealed that could incriminate Huawei in the allegations made by the US. Huawei's rotating chairman Guo Ping said during Huawei's keynote at MWC 2019 that the company would never install backdoors or collude with the Chinese government to aid in cyber espionage.

Vodafone CEO Nick Read openly encouraged the US to share what evidence it has on Huawei during the conference, too, echoing calls from the community and from Huawei itself.

But, the list of allegations has grown over the weekend as the CIA accused Huawei of being funded by Chinese state security after allegedly receiving financial backing from China's National Security Commission, the People's Liberation Army and the third branch of the Chinese state intelligence network, The Times reported.

The report states that the US has shared its information with the Five Eyes intelligence-sharing group consisting of the US, UK, Canada, Australia and New Zealand but Huawei refuses to comment on "unsubstantiated backed up by zero evidence from anonymous sources".

With all the uncertainty around security, one of the core factors to consider when investing in deep national infrastructure, it begs the question: why are countries and carriers still opting for the Chinese tech?

For starters, it's widely known that Huawei produces some of the best telecoms technology that's available to carriers today. People often forget how long Huawei has been a major player in telecoms after only having made its brand a household name in the past few years.

A string of consistently impressive smartphone launches has catapulted the company to the number three spot in the biggest smartphone manufacturer rankings but it grew to the mammoth company it is today because of its telecoms technology.

Ignoring great expertise in the field it has competed in for over a decade is difficult when it seems every country in the world is vying to be the first to roll out 5G fully.

Telecoms analyst Paolo Pescatore has a slightly different view, he thinks it's the prices Huawei can offer that keeps carriers coming back.

"Arguably Huawei is still the network partner of choice on price, efficiencies and more importantly execution... despite the ongoing security concerns," said Pescatore. "Significantly, Huawei is able to respond to every specific telco request within their timeframes."

So with market-beating tech, highly competitive pricing and ability to meet carrier demands at pace, Huawei has an impressive CV when applying for 5G contracts and it seems one that's good enough to overcome the security concerns raised by the US.

It's difficult to tell whether the US actually has anything concrete on the company as three members of the Five Eyes have heard what the US has to say on the matter and still haven't excluded the company from its plans.

It's not as if the UK, Canada and New Zealand don't care about security, so it's possible that whatever evidence the US has on the company could be real but manageable, just like the NCSC said. This could explain why Australia followed the US in excluding the company out of fear of what evidence does exist, but taking a different stance than the UK.

The claims made by the US could be minor-to-moderately severe but ramped up by the country to sour the perception of Huawei amid the trade war in which the US and China are currently embroiled.

Elsewhere in the company's most recent revenue report, Q1 2019 revenue grew 39% YoY to $27 billion and its net profit margin increased to 8%, which marks a slight increase from its position in Q1 2018 but didn't disclose exact profit figures.

This further indicates that the company still manages to grow despite major international pressure on trade and attacks on brand reputation.

Guo Ping said that he expects all three of the company's business groups: consumer, carrier and enterprise to post double-digit growth this year, although its consumer business rose much higher by 45%, indicating that it's generating more income from the consumer device arms of the company.