What to expect from Dell Technologies World 2019

Algorithms and edges and clouds; so no surprises here 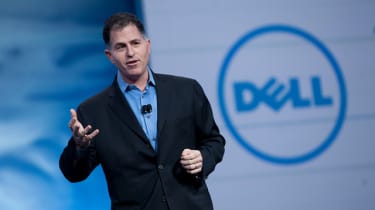 It's the end of April, and that can mean only one thing: Michael Dell is getting ready to emerge, bear-like, from his Winter slumber and ravenously tear into something; in this case, insufficiently transformed data centres.

For the next week, Las Vegas' Sands expo centre will be swarming with Dell's customers, partners and technologists, all eager to hear what the company has in store over the next 12 months.

The answer, I suspect, will not be a surprise. Dell has been beating the digital transformation' drum for several years, and it shows no signs of letting up. As such, we can expect to hear all about the company's favourite talking-points (sing along if you know the worlds), including the importance of multi-cloud architectures, the growing role of data analytics in business and how software-defined storage and networking can unlock the data centre of the future'. All important topics, to be sure, but nothing that we haven't heard Dell talking about at its previous conferences.

In the years since the arrival of cloud to the enterprise market, Dell has pivoted rather impressively to being a full-stack provider, broadening its focus from on-premise infrastructure to hybrid cloud, edge computing and IoT in a way that its rivals haven't been able to match quite as effectively. Realistically, there are very few parts of the modern data centre that Dell doesn't touch in some way, and the company will be making full use of this position.

Edge computing and IoT, in particular, will almost certainly play a major role in this year's conference; both areas are a key part of the so-called 4th industrial revolution', and are supported by Dell's product portfolio.

Analytics will likely be a major theme too data-crunching is increasingly vital for companies, and by happy coincidence, the high performance and low-latency storage of Dell's equipment makes it well-suited to this task.

Expect to hear the phrase multi-cloud' a lot, as well. Dell likes to emphasise how well the full suite of Dell Technologies brands (primarily VMware, Dell EMC and Pivotal) lend themselves to mixed estates, lest anyone think of it solely as a tin shop.

What all of these areas mean for customers, in practical terms, is another matter. We'd be surprised to see any major announcements from VMware they're usually saved for VMware's own conference later in the year but CEO Pat Gelsinger is all but certain to deliver his usual keynote. This will probably be where 5G, IoT and Edge receive the most airtime.

VMware aside, any cloud announcements are likely to come from Pivotal Cloud Foundry, which is one of Dell Technologies' major entry-points to the cloud market.

The meat of Dell's announcements is most likely to focus on new hardware. We're a little too early in the lifespan of Dell's latest range of 14G PowerEdge servers to expect a whole new generation. But what we could well see are some newer, more powerful products. Intel has recently announced a swathe of new Xeon server processors, so we're expecting Dell to show off some fancy new iron that actually makes use of them.

These servers will, no doubt, be touted as an ideal way to accelerate your machine learning and/or data analytics deployments; a position that neatly dovetails with Dell's preferred messaging.

Equally, don't be shocked to see Dell unveiling some new servers running on AMD's EPYC architecture. It's less likely than new Xeon-powered models Intel is a major Dell partner with a lot of behind-the-scenes pull, so the company will want to avoid antagonising Intel but at the same time, Dell's run by smart people. It's no secret that Intel's 10nm development has hit a bit of a brick wall, while AMD has sailed merrily past it onto the 7nm process node.

The results speak for themselves, too: Dell EMC servers fitted with AMD's EPYC processors can match the performance of Xeon-based equivalents for a considerably lower price point, and that can't have gone unnoticed. How much attention AMD gets (both on stage and in the halls) should give a good indication of whether the tide is starting to turn in its favour.

Long story short, keep an eye out for more AMD servers than usual although they won't be sporting the company's newest Rome architecture, as it's still too early for production servers to be ready.

We wouldn't discount the possibility of Dell launching some new storage or networking hardware, either. We're not betting the farm on this as it's usually not a sexy' enough area to get much attention at the company's major league show, not to mention that both portfolios got a full refresh not long after the close of the EMC acquisition. That being said, both storage and networking are key areas of data centre transformation, and Dell has been impressing in both categories recently.

Additionally, it's worth noting that this may well be a more cautious show than we've seen in recent years, as it's the first annual conference since Michael Dell took the company back onto the public market last year. This means that, for the first time since 2013, he's once again answerable to shareholders. Dell is riding high on the successful execution of its roadmap, but tech investors are a notoriously skittish bunch, so the pressure will be focussed on not spooking them with any controversial announcements.

Thematically-speaking, then, this year's Dell World is set to be more of the same. Regular attendees probably aren't going to find themselves surprised by the company's agenda, and although we may have some excitement on hand in the form of new hardware releases, the looming spectre of public investors makes any big shocks fairly unlikely.

Still, for customers and partners, it's an opportunity to get a closer look at the latest products and services rolling out of Dell's development facilities; at the end of the day, that's what it's really all about.